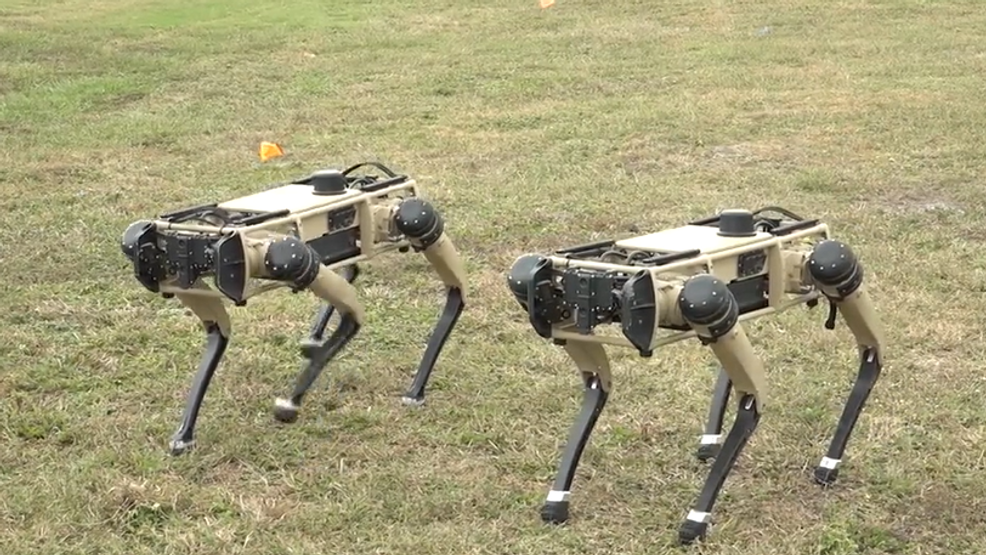 The robot dogs are known as Ghost Robotics Q-UGVs.

"Using on-board computers, cameras, and other detection devices, the electronic canines can scout for threats before human exposure to potential dangers or to allow human Defenders to take care of more pressing matters," a release states.

Three Q-UGV robotic dogs are expected to arrive at the Florida base shortly to be incorporated in 325th Security Forces Squadron operations to enhance perimeter defense and installation safety, better-equipping Airmen to execute the mission today and in the future.