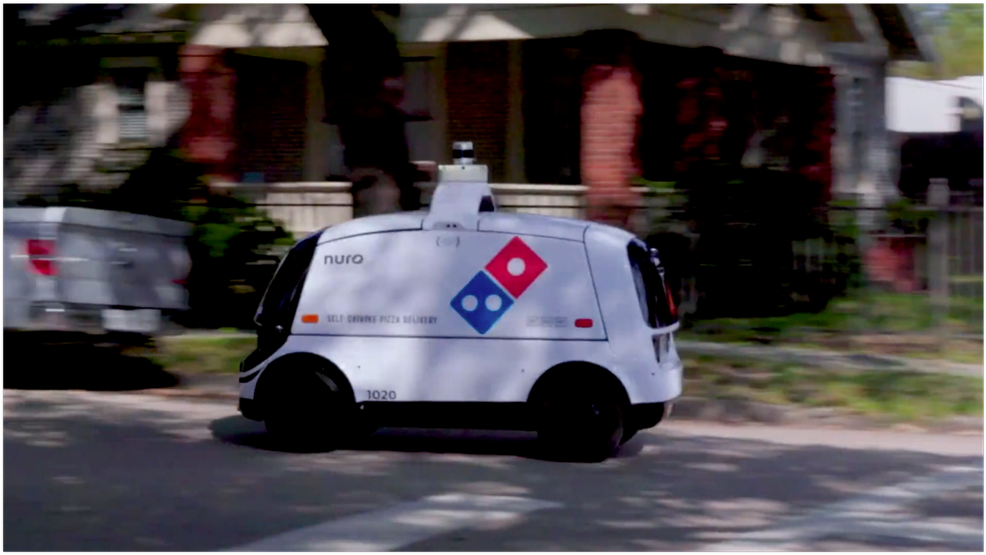 WASHINGTON (SBG) - Domino's Pizza will start delivering pizzas via driverless robotic cars this week, according to reports from CNN.

The restaurant company said Monday that the robotic car was designed by Nuro, and it will begin rolling out this new delivery service within select areas in Houston, Texas. Nuro told CNN that this specific robot, known as ‘R2’, became the first of its kind to receive regulatory approval from the U.S. Department of Transportation.

According to CNN, customers who qualify for the service will place prepaid orders on Domino’s website. If their order falls within a certain time frame and location, the customer can decide whether they want their food delivered via the robot or a human. When the robot arrives at their home, customers have to input a PIN to unlock the vehicle’s doors and receive their food.

The company has not said when the program might expand to other cities, says CNN. But, Domino’s has invested heavily over the last decade in new technologies to better improve its delivery services.

Although the service is unlikely to be expanded any time soon, CNN says other companies like Papa John’s and Pizza Hut are launching their own driverless delivery services. However, the restaurant and delivery industry is still said to be decades away from replacing entire fleets of human drivers.