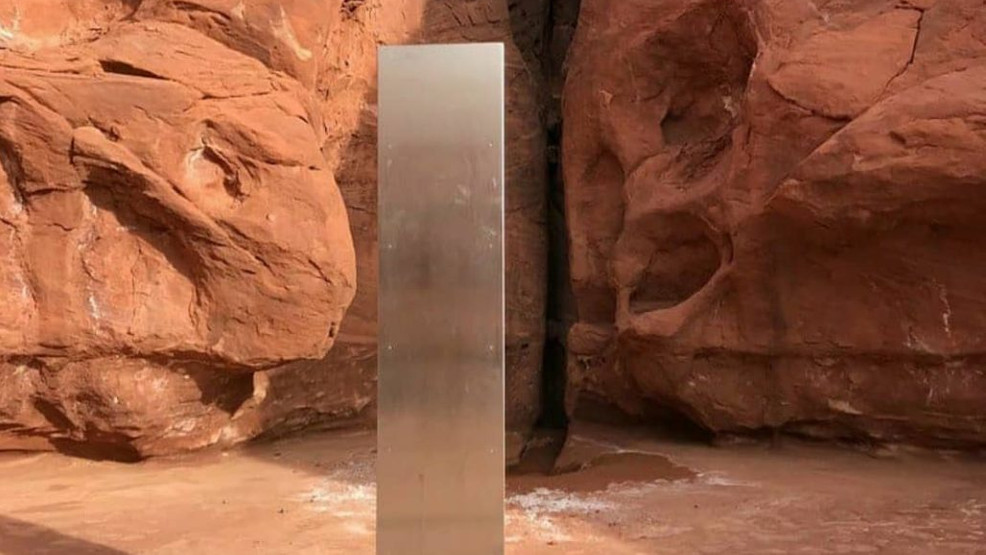 A Utah helicopter crew discovered something quite out of the ordinary in the state's southeastern desert--and no one knows how it got there. (Photo: Utah DPS)

A Utah helicopter crew discovered something out of the ordinary in the state's southeastern desert--and no one knows how it got there.

On Nov. 18, the Utah Department of Public Safety Aero Bureau was working with the Utah Division of Wildlife Resources to count big horn sheep when they spotted an unusual object.

The crew landed nearby to investigate.

They found a metal monolith installed in the ground in a remote area of red rock, according to DPS.

The crew said there were no obvious signs of who might have put the monolith there.

DPS states the exact location of the installation is not being disclosed because it's a remote area and "if individuals were to attempt to visit the area, there is a significant possibility they may become stranded and require rescue."

It's illegal to install structures or art without authorization on federally managed public lands. DPS says that applies to everyone, "no matter what planet you're from."

The Bureau of Land Management will decide if they need to investigate further.