Photos: Forces of nature align in 'mind-blowing' display of surf off Vancouver Island 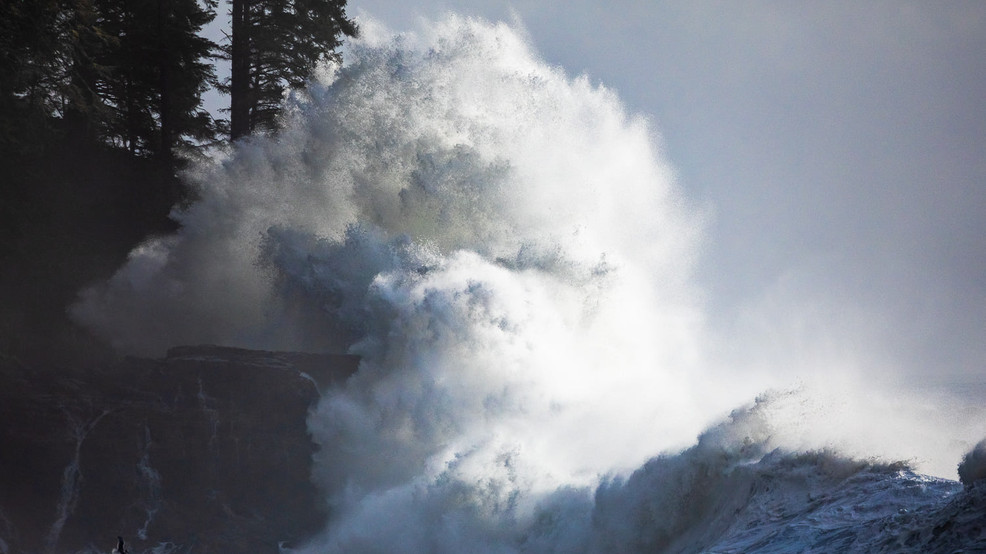 NEAR PORT RENFREW, B.C. -- A series of powerful storms that swirled off the coast of the Pacific Northwest and British Columbia conspired with the month's exceptional "king tides" to unleash a show of nature's force like no other.

Photographer TJ Watt of Victoria, B.C. headed over the western coast of Vancouver Island near Port Renfrew to storm watch Sunday and was treated to what he called a "a mind-blowing display of raw power and beauty."

The most recent storm had skirted Vancouver Island Saturday night at 970 millibars, churning up waves over 20 feet tall. And combined with the perfect timing of the new moon's king tides, it produced enormous and explosive waves that thundered against the rocks.

Despite the stormy weather pattern, Watt lucked out when it came time to take the photos.

"It was dark, gray, windy and hailing like crazy," Watt said. "(I'm thinking) there's no way I'm going to be shooting photos today. And then 10 minutes later, the sun came out... which provided some dramatic light and contrast to the waves and brought the colors out."

Not only was the lighting perfect, but he gave an assist to all the seagulls flying around amid the chaotic seas.

"They helped provide perspective on (the waves') size," he said.

The photos have since gone viral with over 4,000 shares on his Facebook page, thousands of likes on Twitter and he's received numerous requests for prints.

He says it's been an incredible experience for him. He had gone near LaPush on the Washington coast in January to capture waves crashing against the rocks during a winter storm then and says he never thought he'd ever see something so impressive again.