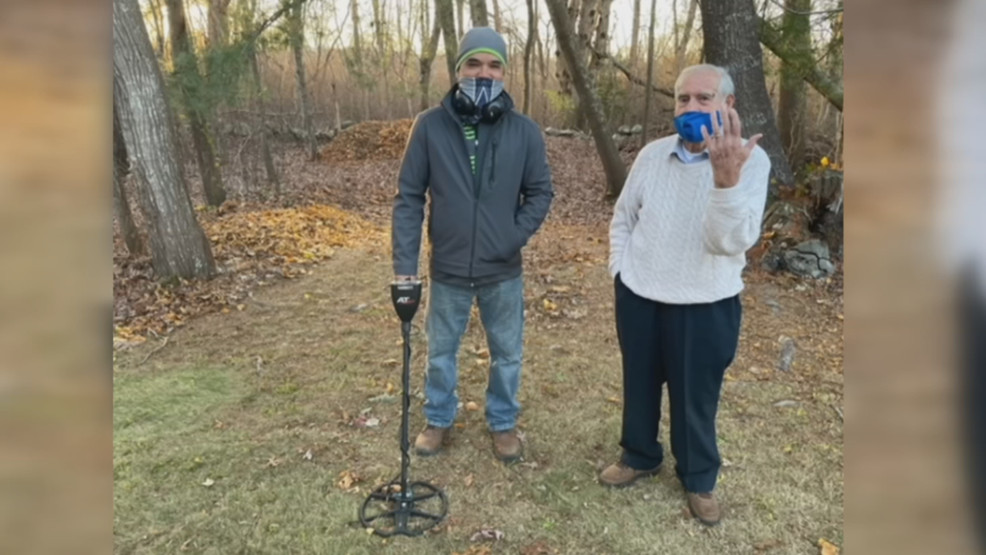 WESTERLY, R.I. (WJAR) — A stranger came to the rescue when a 93-year-old man in Rhode Island lost his wedding band while doing yard work.

On Saturday, James Crowley said he was out in his yard doing removing leaves.

"I was picking up the leaves, and I drive my tractor down the back, and I dump 'em in the back," said Crowley. "I took my gloves off that I work with and I must have lost my ring then, I didn’t realize it until later on at night. The next day, I went out and I looked all over I couldn't find it."

Crowley's daughter, Deirdre Miguel, who is a nurse at Westerly Hospital, had stopped by to drop him dinner that night.

"He told me what happened, and he was almost in tears," said Miguel.

Miguel decided to post in a Westerly community Facebook page, alerting members that her dad had lost his ring and he was beside himself about it.

"As soon as I put the message out there, that my poor 93-year-old father lost his wedding band, Ryan replied instantly," said Miguel. "He said, 'I have the Cadillac of metal detectors and I'll help him find it I can be there tomorrow morning."

Ryan Ledbetter is a Westerly resident, too.

A while back, he said he picked up metal detecting as one of his many hobbies.