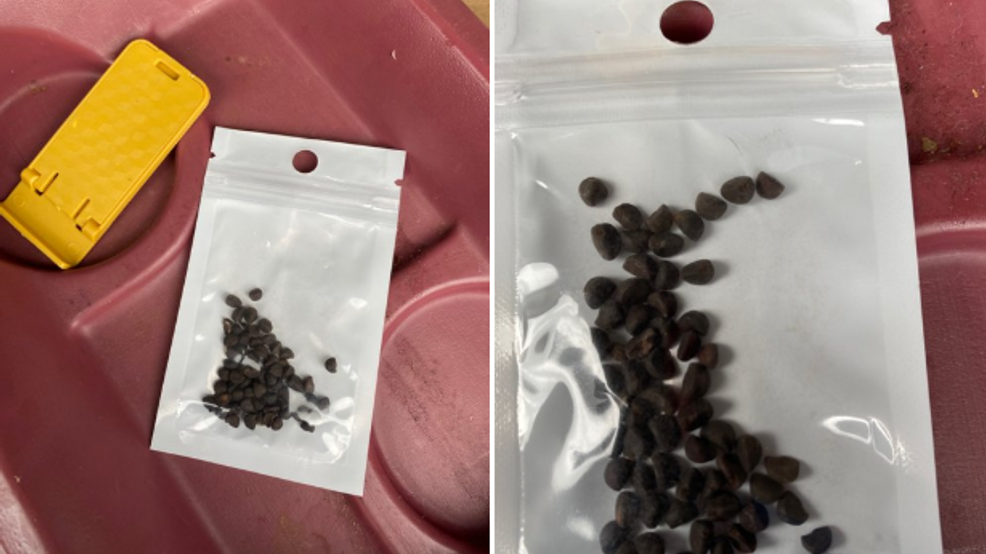 A USDA spokesperson says it appears the seeds that have come from China are harmless. (Image: Photo courtesy of Virginia Department of Agriculture and Consumer Services/Twitter)

After we ran our story on the China seeds, we asked if any of you had received packages of seeds in the mail and a lot of you responded.

Like this viewer from Arlington, who wrote "I received several packages of seeds from China. I did order some seeds from the Wish page in FB so I thought it was from them. The seeds do not grow."

A similar story to the one we heard from the Teschners from Fairfax.

William and Judy Teschner had no ideas when they ordered seeds from a company on amazon that the seeds would arrive weeks later with a mysterious label on the package.

In English was the word "necklace." Everything else was written in Chinese.

William Teschner told us, “to me with the Chinese writing, it was a way to circumvent the customs and border or the mail procedures.”

There were seeds inside the package. The Teschners went ahead and planted them, but nothing grew.

They thought nothing more about it until they began hearing the people across the US were receiving mysterious Chinese seeds in the mail.

The U.S. Department of Agriculture got on the case, issued an alert and began testing the seeds.

A USDA spokesperson says it appears the seeds are harmless. So what's going on?

Officials say it appears to be part of a "brushing scam".

The scammer has gotten your name and address and likely your amazon account information, and he or she will use that information to post fake, glowing reviews about the company that sent the seeds in an effort to boost sales.

The dangerous thing if you've received these seeds is that scam artist has stolen your identity and steal from you. So immediately check your credit report and begin changing the passwords to your online accounts to protect yourself.