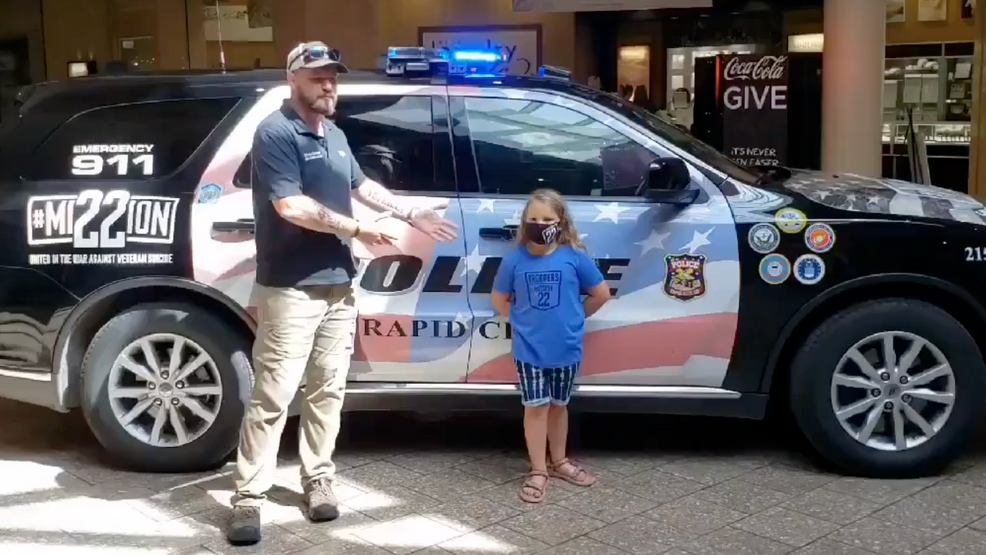 The young girl is a resident of Rapid City, South Dakota and is doing something very inspirational. She's doing 22 pushups for 22 days to raise awareness for Mission 22, an organization that hopes to end veteran suicides.

"We heal veterans when they need it most — right now. It takes a community to heal a Warrior and it takes a Warrior to heal a community," the organization says on their Twitter page.

Police officers in her hometown joined her at a local mall as she began the first day of the 22-day process.

Mission 22 says McGrath decided to participate after seeing her cousin do it as well. In a tweet, the organization described McGrath's feat, saying, "how great is this?"