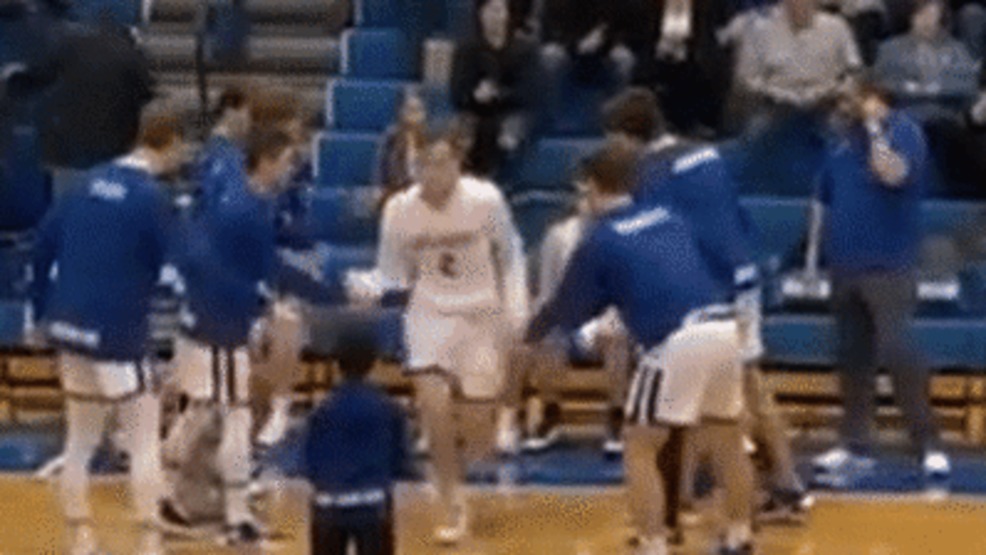 Eight-year-old Levi Funk impressed the crowd at a Ravenna High School boys basketball game on February 7 by performing an impressive handshake pregame routine with the players as each one was introduced.

Video filmed by his mother shows Funk, a second grader, on the Ravenna High School court greeting each starting player with an elaborate handshake.

According to reports from MLive, Funk has become part of the team this season and was named the team’s “handshake artist.”