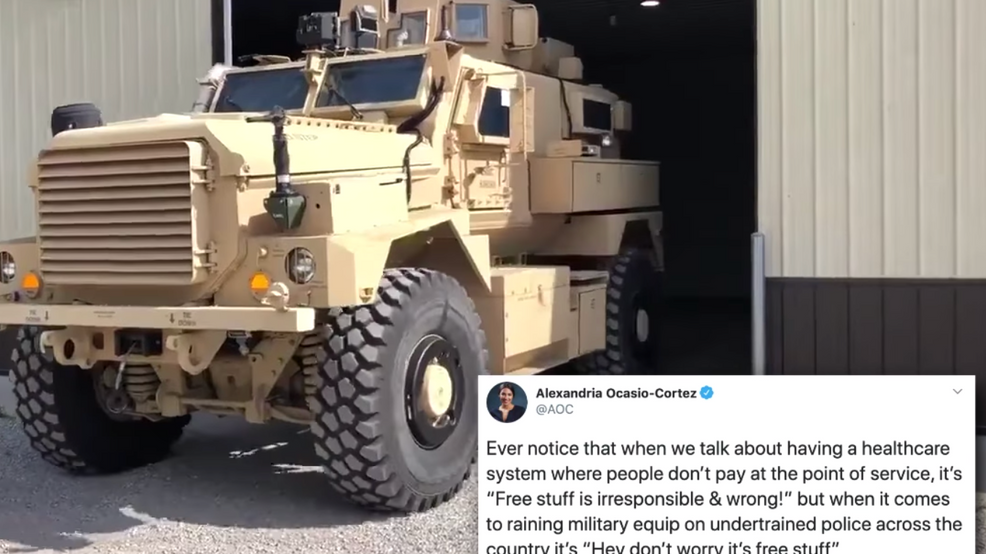 WASHINGTON (SBG) — Rep. Alexandria Ocasio-Cortez discussed the demilitarization of police in a tweet earlier this week.

The Moundsville Police Department in West Virginia showcased the addition of a military vehicle on Thursday. WTOV reports the department applied for the vehicle in November of 2019 and that it happened to be delivered last week. The vehicle is being used by the department at no cost because the military no longer needs it.

Ocasio-Cortez responded to the latest addition in the local police department's fleet by comparing militarizing police to the healthcare system.

"Ever notice that when we talk about having a healthcare system where people don’t pay at the point of service, it’s “Free stuff is irresponsible & wrong!” but when it comes to raining military equip on undertrained police across the country it’s “Hey don’t worry it’s free stuff,”" Ocasio-Cortez said.

Some on Twitter responded by agreeing with the Congresswoman's sentiments, pointing out the size of Moundsville, West Virginia.

Other social media users say that more equipment is necessary to avoid police being undertrained and under-equipped.