Feeling down? A Twitter thread showing penguins exploring an aquarium will make you smile 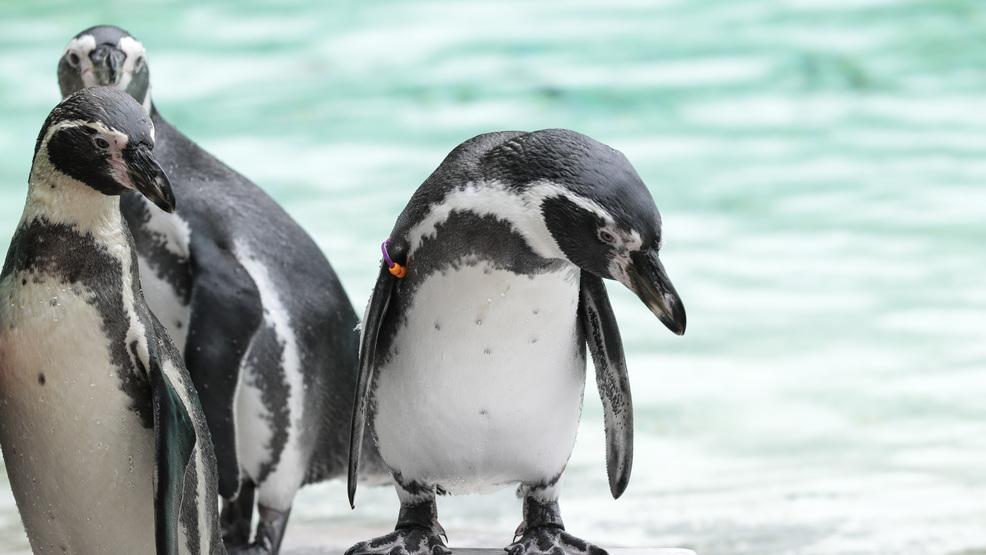 Zookeepers at ZSL London Zoo are get out their scales and tape measures – for the Zoo’s annual weigh inFeaturing: Heathcliff the PenguinWhere: London, United KingdomWhen: 23 Aug 2018Credit: Phil Lewis/WENN.com

While the world continues to go through a trying and scary time, one aquarium is stepping up to the plate to bring smiles.

The aquarium had recently joined large facilities in temporarily closing to prevent the spread of the novel coronavirus.

Instead of focusing on the closure, however, the Shedd Aquarium decided to focus on the positives.

Videos and pictures captured, instead, arguably one of the cutest field trips ever as the aquarium staff brought their penguins around the rest of the aquarium to meet other animals.

"Wellington seemed most interested in the fishes in Amazon Rising! The black-barred silver dollars also seemed interested in their unusual visitor," the aquarium wrote in one tweet which showed the curious penguin wander over to the wall of fishes.

It was only a little unusual to see penguins gather around the fishes known to be in the Amazon, which is why the tweet started with "Penguins in the Amazon?!"

Since the video was tweeted, it has since garnered more than 730 comments, more than 20.7K retweets, and more than 58.2K reactions.

That's not all, folks.

The penguins' adventures continued as Edward and Annie explored the Shedd's rotunda.

"They are a bonded pair of rockhopper penguins, which means they are together for nesting season. Springtime is nesting season for penguins at Shedd, and this year is no different!" the aquarium started their adorable Twitter thread with.

That's exactly what happened - the bonded pair was spotted wandering through the rotunda together at the same pace, making sure to keep in touch with one another.

The bonded pair's adventure wasn't over, however. Edward and Annie were shown wandering further into the Southeast Asian Streams display, as their curiosity seemed to continue.

The aquarium showed the penguins wandering through the rest of the building, even waddling by the information desk.

The adventures for Edward and Annie don't appear to be over, however, even as they get ready to build their nests next week.

"While this may be a strange time for us, these days feel normal for animals at Shedd. Our caregivers are constantly providing new experiences for the animals to explore and express their natural behaviors with," the aquarium tweeted.

Now the aquarium wants to hear from you - what penguin activities would you like to see?

For now, you'll have to be content with knowing that Edward and Annie had a full day of exploring.