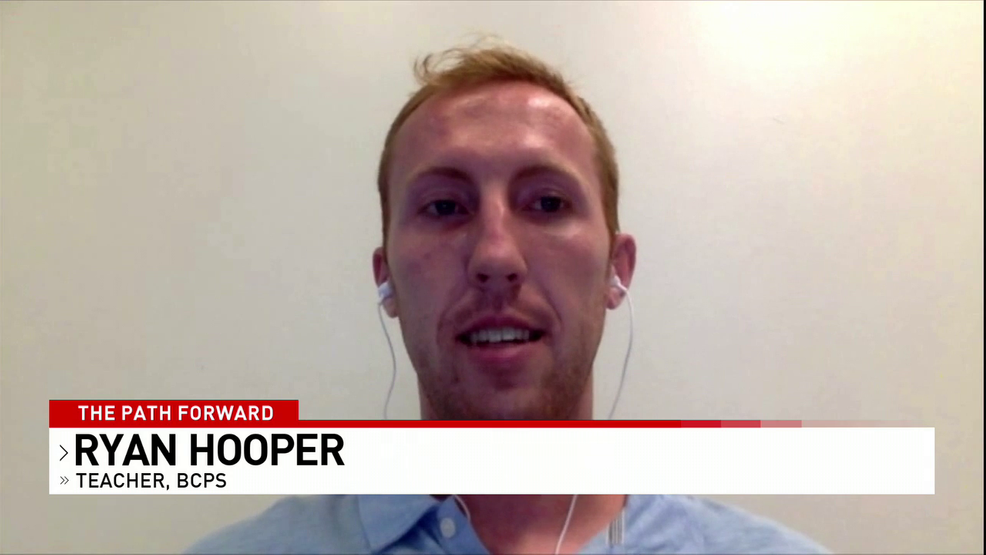 BALTIMORE (WBFF) - A high school teacher is sounding the alarm in the midst of low online attendance rates in Baltimore City Schools. He says his class is losing students each week and he’s hoping to return to in-person learning as soon as possible.

65 percent: that's the number of students that logged in on a daily basis during the first week in Baltimore City Schools, according to the district's CEO. That's as the school worked to get laptops to students when more than 17,000 were delayed in shipping.

But social studies teacher Ryan Hooper of the Joseph C. Briscoe Academy says, at the special-needs school, the number is just 40 percent, and getting lower each week.

"That number is decreasing week by week," Hooper said. "I have students who are choosing to work instead of going to school."

Hooper says his seniors are also struggling with online learning, remembering passwords, finding links and sharing wifi with siblings as they log on.

"It’s been very disappointing for me as a teacher, especially when I see and have taught these students for years and they’ve attended class regularly for years," says Hooper. "And now they're on their senior year, about ready to graduate, and they’re on the verge of dropping out instead of graduating like they would be if they were here in-person."

The data paint a bleak picture for students who drop out, and for the national economy.

This year, based on 2020 labor statistics, the Alliance for Excellent Education found that high school dropouts earn on average $8,000 less a year than graduates. They also have a higher risk of unemployment, and are generally less healthy, requiring more medical care.

The report estimates that the nation could save as much as $18 billion a year in crime costs if the graduation rate of high school boys increased by just 5 percent.

"I'm eager, I'm ready to do whatever is necessary to get them into the in-person instruction that they deserve," says Hooper.

Baltimore City Schools plans to begin returning some students to supervised virtual learning in schools next week, starting with homeless and at-risk students.