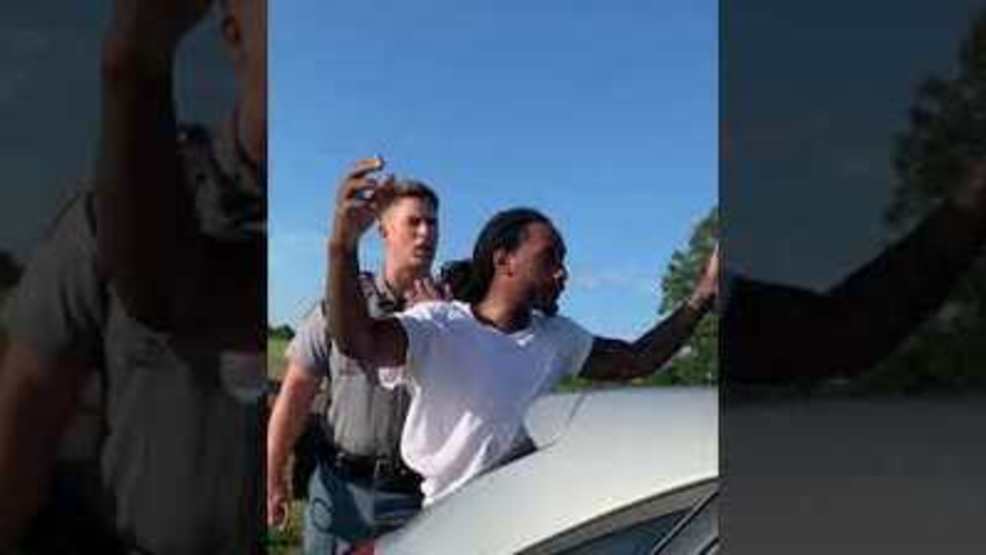 Video by Porsha Shields shows her fiance Robert Morton remonstrating with an officer and refusing to be handcuffed.

A second officer eventually arrives on the scene, and grabs Morton around the throat, slamming his head against a car before wrestling him to the ground.

According to a Facebook post by a person known to the couple, Shields said that after she filmed the video, one officer became aggressive with her too, even though she said she was pregnant.

According to NBC, the Mississippi Highway Patrol had yet to comment on the incident.