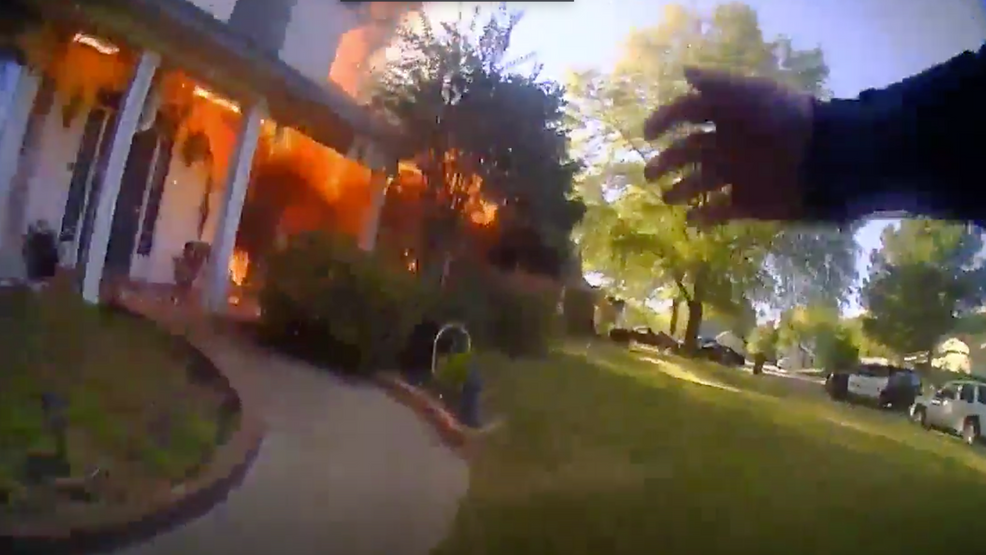 A Conway police officer ran into a burning home and brought out two people and their dog.

Officer Carson Howard's bodycam footage was shared by Conway Police Department Monday afternoon on Twitter. Howard is seen running into a home engulfed in flames. Inside, a man and a woman yelled for him to save their dog. He led both people and their dog out of a side door at the house.

It appears that nobody was injured.

"He's a great example of selflessness and the heartbeat behind the badge," the department said in a tweet.