Caregivers across the country pay tribute to George Floyd 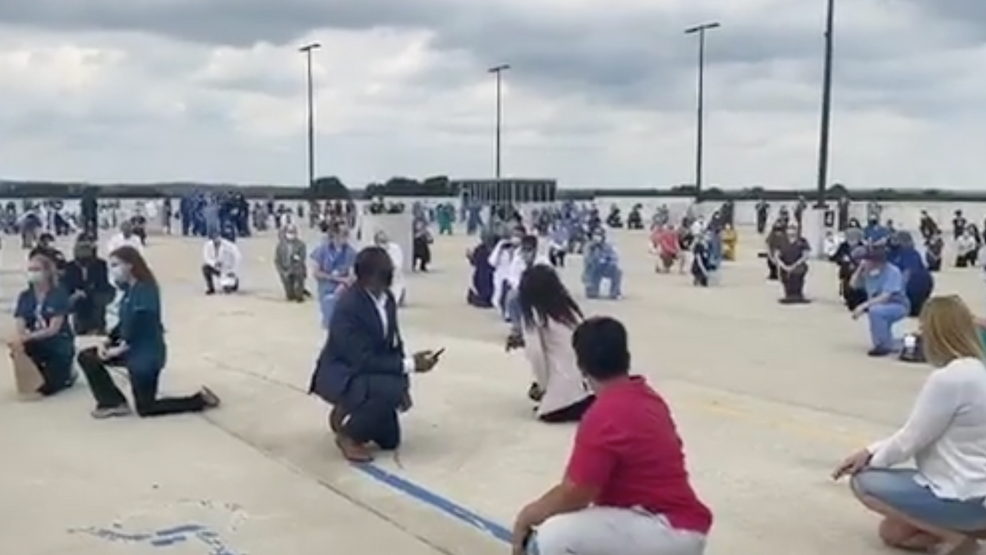 A silent tribute was held at UMass Memorial Medical Center in Worcester, Massachusetts. For ten minutes, employees at the facility stood outside of their facility in silence.

Meanwhile, employees at Christiana Hospital in Wilmington, Delaware knelt on the ground for 8 minutes and 46 seconds. The hospital says the gesture was done to remember George Floyd and other victims of racism.

Floyd died while in police custody with video showing officer Derek Chauvin's knee on Floyd's neck for an elongated period of time - 8 minutes and 46 seconds. His death has sparked wide protests nationwide despite the ongoing coronavirus pandemic.