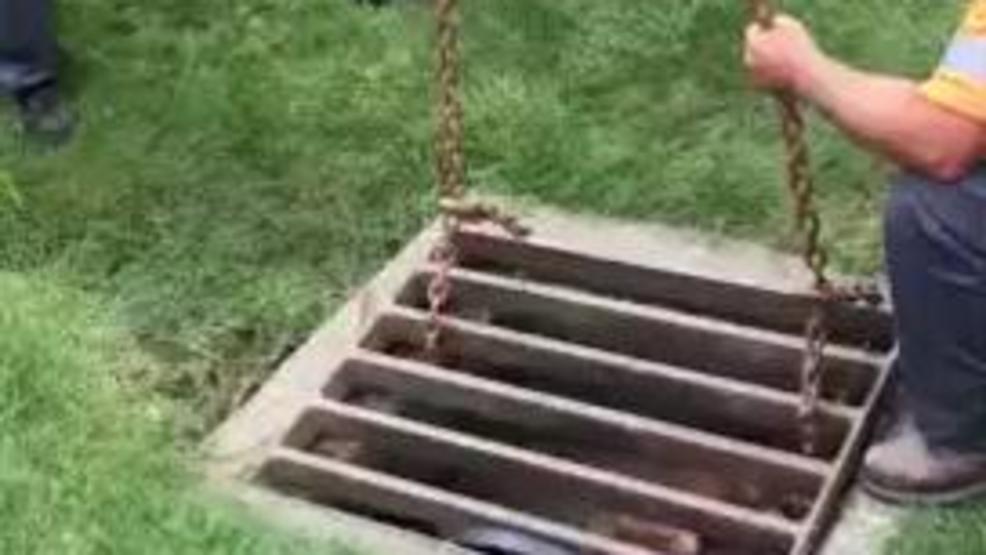 (City of Tallmadge via Storyful)

TALLMADGE, Ohio (STORYFUL)- A dog was reunited with his owner after he was rescued from beneath a grate in Tallmadge, Ohio, on August 15.

Footage by the City of Tallmadge Facebook account shows members of the Tallmadge police and street departments carefully extracting the trapped pooch from the grate. One crew member held the grate up while a police officer pulled the dog to safety.

Once above ground, the crew appeared to comfort the dog and feed him treats.