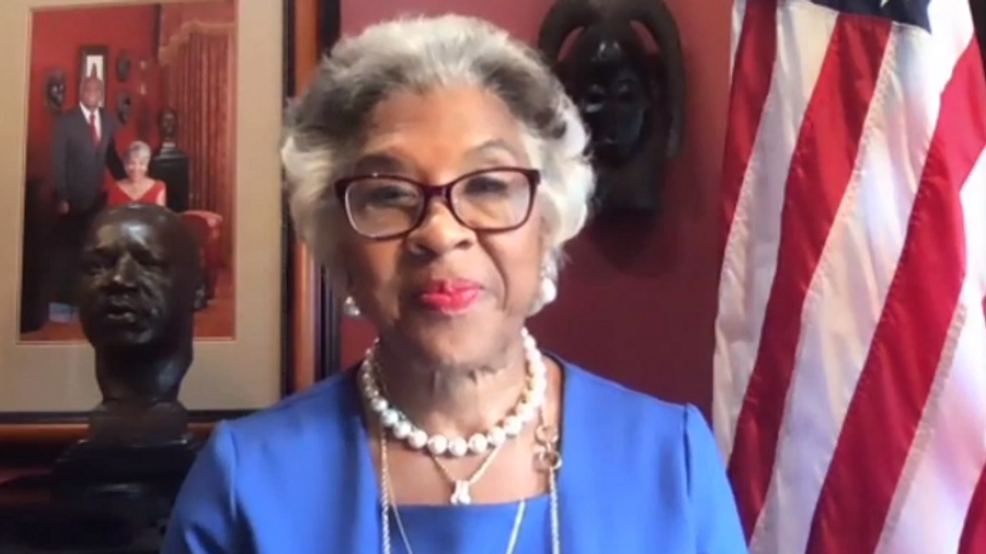 "Today is a historic day," Beatty said. "I'm elated. Sen. Harris is a good friend. She is strong, she is smart, she stands up for the people."

Beatty said she doesn't think Biden could have made a better choice.

"Kamala has been vetted, she's raised money, she's quick, she'll be amazing in the debates, so I don't think he could have had a better choice," Beatty said.

A woman has never served as president or vice president in the United States. Two women have been nominated as running mates on major party tickets: Democrat Geraldine Ferraro in 1984 and Republican Sarah Palin in 2008. Their party lost in the general election.

"We now have our first female, a woman of color, a Black woman to be selected as a vice presidential candidate. It's an amazing, historic day. This is the right time for it when you think about all that we're going through right now with the pandemic, all the social injustices, we're talking about poverty as a national crisis, we're talking about healthcare and racism as being a national crisis. I think that we are at a point that maybe we can start to turn the corner," Beatty said.

Harris launched her presidential campaign in early 2019 with the slogan “Kamala Harris For the People,” a reference to her courtroom work. She was one of the highest-profile contenders in a crowded Democratic primary and attracted 20,000 people to her first campaign rally in Oakland.

But the early promise of her campaign eventually faded. Her law enforcement background prompted skepticism from some progressives, and she struggled to land on a consistent message that resonated with voters. Facing fundraising problems, Harris abruptly withdrew from the race in December 2019, two months before the first votes of the primary were cast.