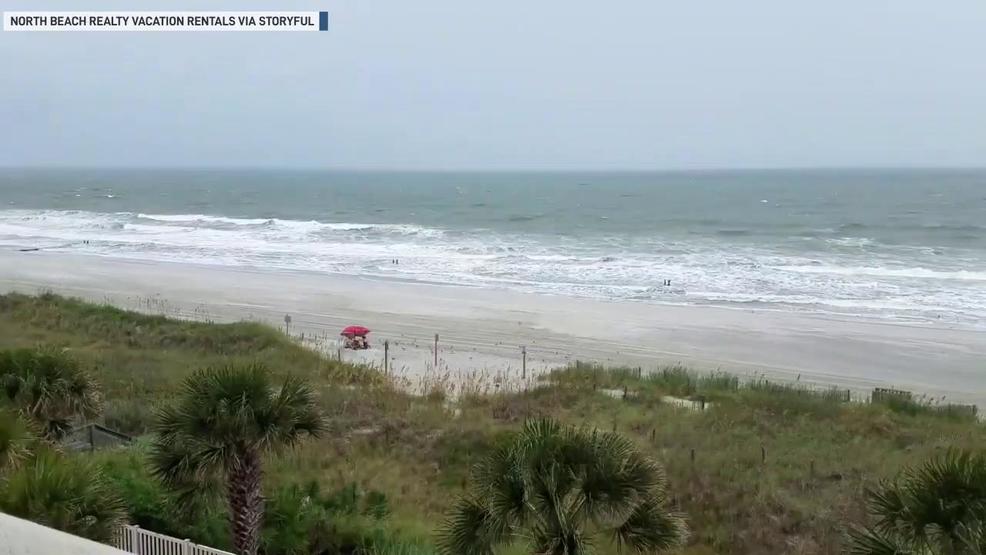 NORTH MYRTLE BEACH, S.C. (STORYFUL)- A couple on North Myrtle Beach in South Carolina were unfazed by strong winds and cloudy conditions, lounging on the sand while Hurricane Dorian approached the area on September 4.

In a video uploaded by North Beach Realty Vacation Rentals, the couple can be seen sitting under an umbrella that sways in the wind. They are the only beachgoers visible in the footage, taken as Hurricane Dorian was heading up the Florida coast toward Georgia and South Carolina.

The storm strengthened slightly on Wednesday evening, with sustained winds of up to 110 mph, up from 105 mph earlier in the day.

At 5 pm on September 4, Dorian was approximately 150 miles south of Charleston, South Carolina, and the eye was moving up to southern Georgia, the National Hurricane Center (NHC) said.

A number of schools in North and South Carolina were closed ahead of Hurricane Dorian’s arrival. The NHC said that life-threatening storm surge and dangerous winds were expected in South Carolina and parts of North Carolina on September 5 and 6.