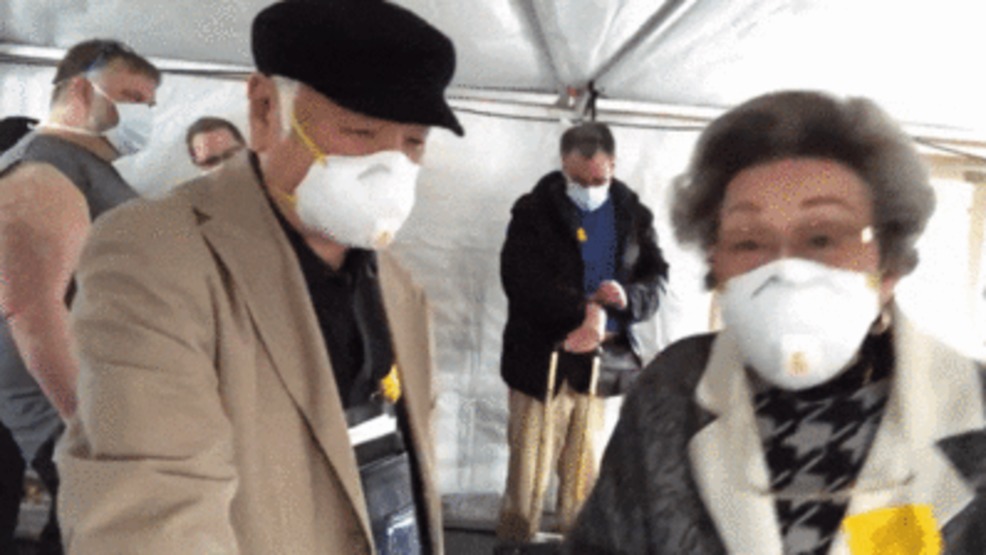 One grandmother who had been aboard the coronavirus-hit Grand Princess cruise ship couldn’t contain her excitement after disembarking the vessel at the Port of Oakland, California, on March 9.

Guests had been in isolation since March 4, when authorities began testing for possible COVID-19 cases on board. The virus had been transmitted from infected passengers on a previous Grand Princess voyage from mid-February.

Of the 3,533 people aboard the Grand Princess during the March cruise, 45 were tested and 21 people returned positive results, including two guests and 19 crew members.

Michelle Heckert shared this footage of her grandparents waiting to leave the dock area after disembarking, with her grandmother busting out a move in celebration.

“Safe to say they are relieved to be on land?”, Heckert said in a caption alongside the video.

The family was happy to be off the vessel and “on solid ground” before being transported to a quarantine facility, she added.

Heckert and her grandparents had been confined to their cabins aboard the ship for several days and passed the time singing and dancing in their room.