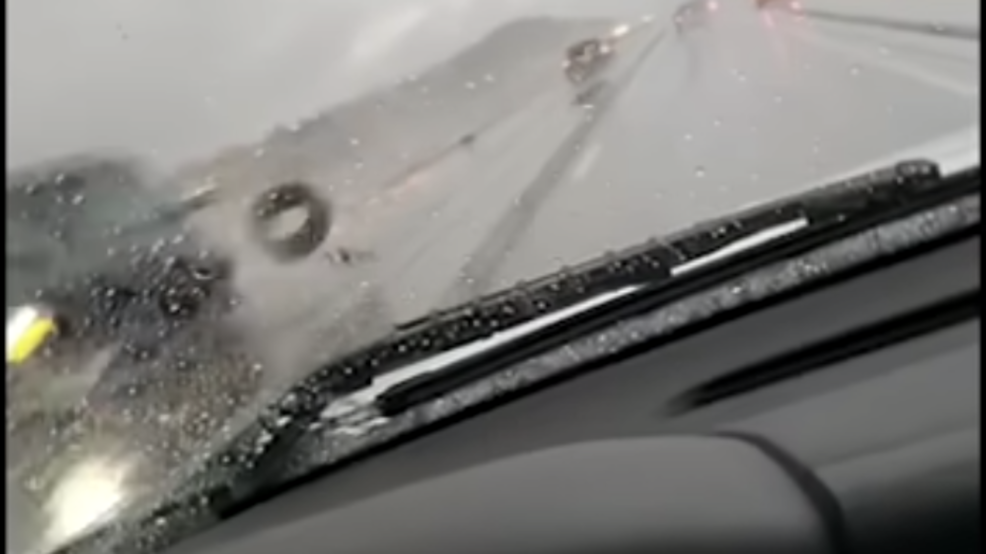 A driver captured video of a crash on the rain-slickened Turner Turnpike today near Stroud!

The Oklahoma Highway Patrol says the driver who crashed told troopers that he started hydroplaning right before going over the center median.

"Amazingly, the driver did not hit anyone else and he was not injured. Everyone be careful out there in the wet and wintry weather!" reads an OHP Facebook post.