D.C. faces lawsuit over notorious 295 speed camera after 7 On Your Side investigation 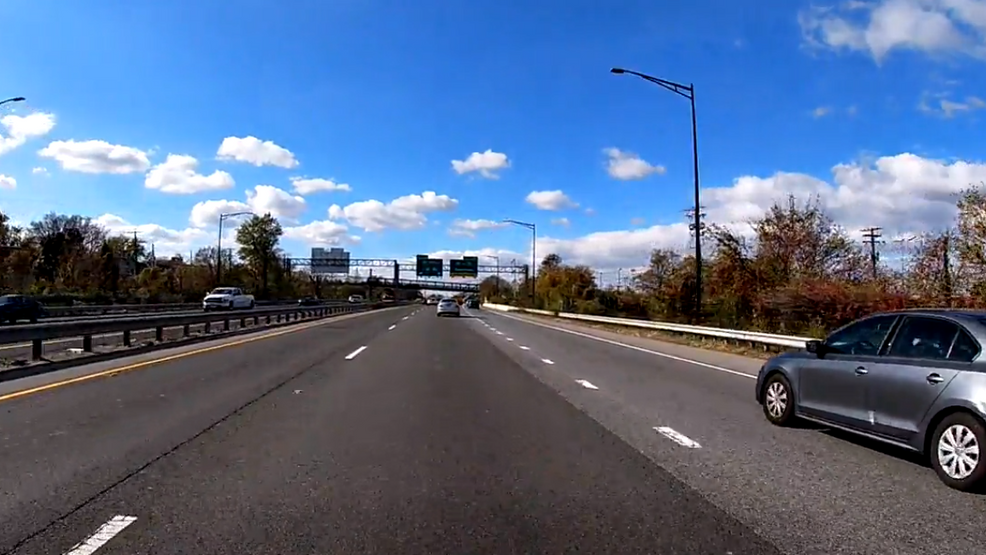 The District of Columbia is notorious for its use of traffic enforcement cameras and is often accused of setting speed-traps that generate millions in revenue but do little for traffic safety. Last fall, the 7 On Your Side investigative team exposed one camera, on I-295, that's raked-in more than $34 million under very questionable circumstances. (ABC7)

The District of Columbia is notorious for its use of traffic enforcement cameras and is often accused of setting speed-traps that generate millions in revenue but do little for traffic safety.

Last fall, the 7 On Your Side investigative team exposed one camera that's raked-in more than $34 million under very questionable circumstances. That camera is now the subject of a class action lawsuit.

And if plaintiffs prevail, it could bring relief to thousands.

There's no city or state, country that has the right to gouge its citizens, at least not in America, said Reggie Matthews. "That's not what the country stands for.

Reggie Matthews and his wife Teresa were both ticketed by the same speed camera on the same day, an hour apart.

Or, at least it was a 50 mph zone until the District lowered the limit to 40, declared it a work zone and doubled the fine even though there was no evidence of work and only one sign, so small it could be obstructed by a passing vehicle.

“After I got the ticket I happened to be watching TV and I came across the ABC7 story about that particular speed camera and I decided I wanted to see what we could do to make this right for all the people who’ve been victimized by this,” said Matthews.

Those guidelines say there should be multiple signs alerting drivers to a work zone and when the work is over, signs should come down and regular speed limits resumed.

“The work in the construction zone ended in May of 2019 and our clients were ticketed in November,” said Mason. “So we're talking about May 2019 to late 2019, early 2020 when that area was designated a work zone where no work was taking place and the tickets were doing nothing but generating revenue for the city.”

Not only that, but we discovered the act of lowering of the speed limit may have been done illegally, according to the District's own laws.

According to Title 18 2200.2, a decision to raise or lower the speed limit is made on the basis of an engineering and traffic investigation.

Through the Freedom of Information Act, we requested a copy of that investigation and were told by the FOIA Administrator that it does not exist. We followed up with a phone call to make certain we weren't missing anything. We were assured our FOIA request was properly filed and written and while it was clearly understood what we were seeking, there was no such report.

We made inquiries of several attorneys to get their reading of Title 18 2200.2. All agreed that the traffic and engineering investigation the law requires would not have been optional and its absence raises legal questions.

We asked the Deputy Mayor of Operations and Infrastructure, Lucinda Babers, to sit down and talk with us about Title 18 as well as allegations made in the lawsuit. Her office declined, stating that "District government does not comment on active litigation matters."

There's no other way to dress this up than for what it is,'" Matthew said. "It is a cash-cow for the District.

It didn't take long for the Matthews to decide to anchor a class-action lawsuit against the District.

"Once the Deputy Mayor, in my view had done that God-awful interview with you, Lisa, she was being extremely arrogant to me, had no compassion for working folks out here going to work, talking their kids to school, or what have you,” said Matthews. ”The sheer arrogance. This is about me speaking truth to power.”

And as for those “working folks” Matthews says deserve better, he says he and Teresa are willing to take the lead, and hope others join.

Don't be afraid to stand up for something when you know you should stand up for it," said Teresa Matthews. "Just stand up and do it.

The District is currently fighting the Matthews lawsuit and most recently sought to have the case dismissed. The firm of Mason, Lietz & Klinger LLP opposed that motion and is currently awaiting the judge’s determination. If the motion to dismiss is denied, the case will move forward into discovery. That ruling could still be months away.

The Matthews say their hope is that people who’ve been ticketed by this camera on the 295 (.4 mi South of Pennsylvania Ave SE, South-bound lanes) can recoup some of their money. Matthews suspects other cameras in the District may be unfairly ticketing drivers.

You start with this camera, where people were victimized by that 'work zone signature'that the city wants to hide behind," said Matthews. "You want to sit here and smack people in the face with a $200, $800 ticket? It’s just not right.

“We want to hear from people,” said Attorney Gary Mason. “They don’t have to sign up with us as clients but we will register them in our databases so we can get more information and help our investigation of the case. And also, if there is a settlement or judgement at the end of this case, we’ll be able to notify them of their ability to make a claim for recovery.”

For more information about the class action lawsuit, click here.