Dog rescued after falling through ice 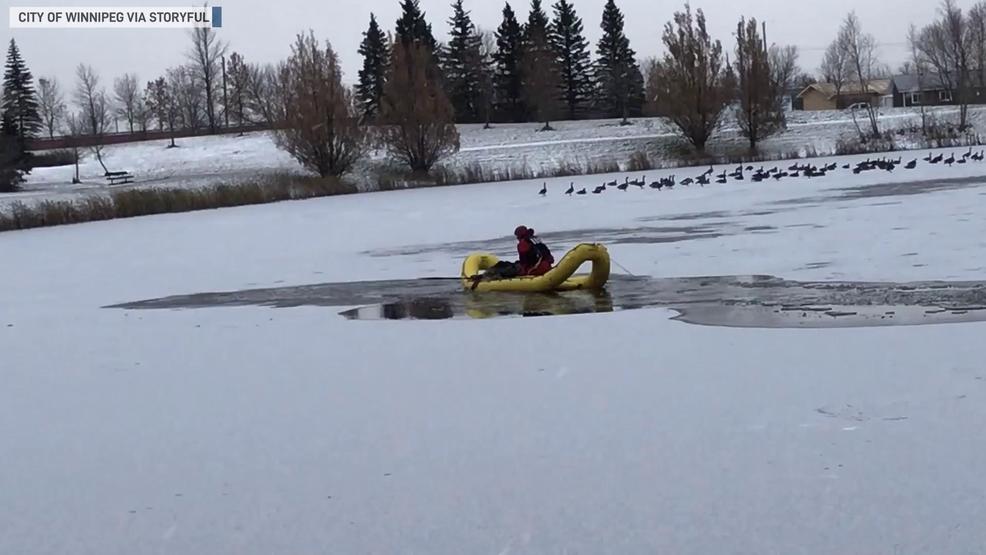 Dog rescued after falling through ice (City of Winnipeg via Storyful)

WINNIPEG, Manitoba (STORYFUL)- Firefighters in Winnipeg, Canada, rescued a dog that had fallen through the ice of a frozen pond at the Kilcona Off-leash Dog Park Nov. 5.

According to reports, the dog was with its owner at the dog park when it fell through the ice shortly after 7:30 a.m. Rescuers from the Winnipeg Fire Paramedic Service found the dog trapped in ice around 18 meters from the shore.

Footage posted to the City of Winnipeg Facebook page shows rescuers taking a boat out into the middle of the pond and pulling the dog to safety.

The City of Winnipeg shared footage of the rescue with a stark warning for dog owners: “Dog owners are reminded to keep their dogs on leash around frozen waterways to prevent them from chasing geese onto the ice – ice surfaces are thin and fragile, and falling into ice-cold water can be deadly.”