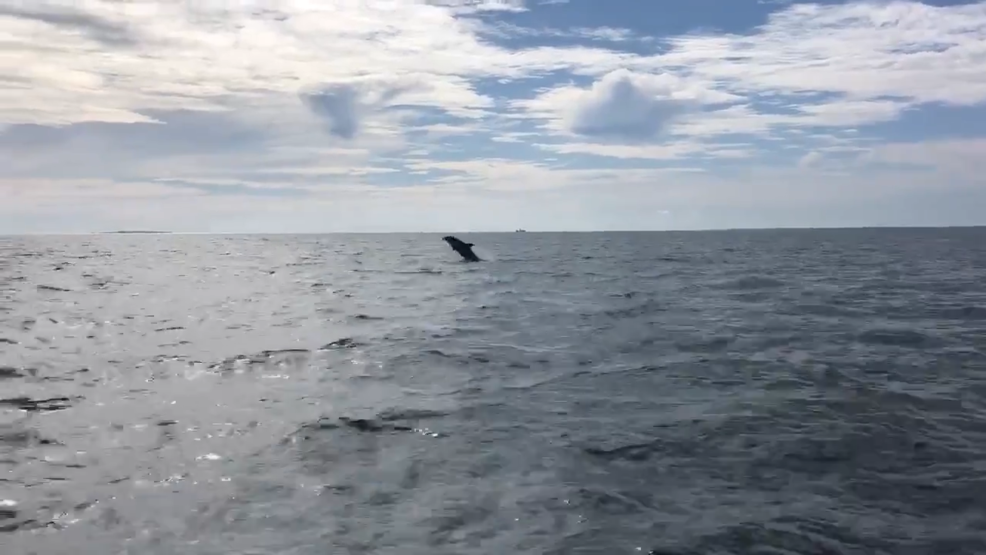 BUZZARDS BAY, Mass. (STORYFUL)- Officers with the Massachusetts Environmental Police captured footage of a school of dolphins breaching in the water in Buzzards Bay, Massachusetts, on Tuesday, August 27.

Lieutenant Matthew Bass of the Environmental Police said officers saw the dolphins at around 3 pm and that the amount could “have numbered in the thousands.”

“Officers met some out-of-towners today while on patrol in Buzzards Bay,” the department said on Twitter.