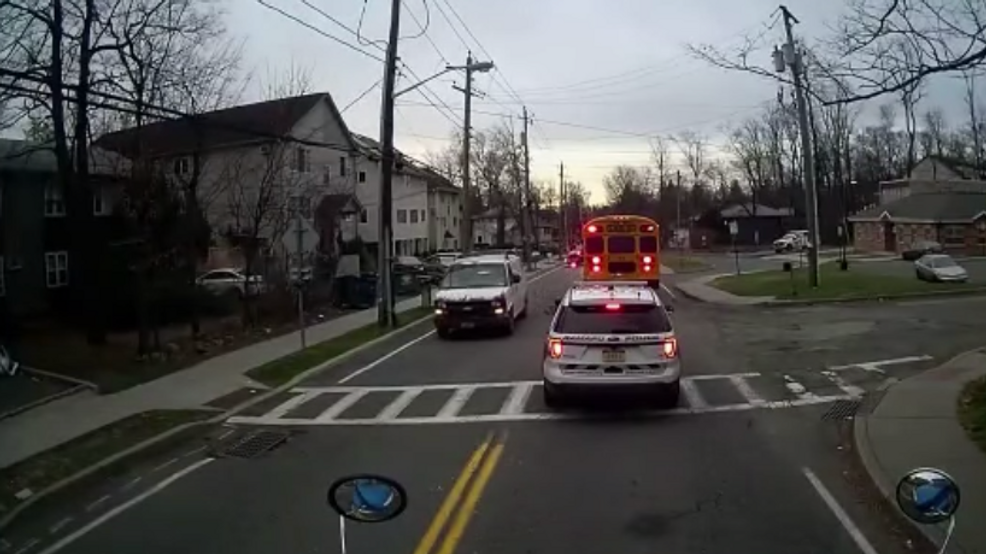 A driver was caught on camera passing a school bus with flashing lights in the town of Ramapo in New York, on Sunday, Dec. 6, 2020. (Courtesy: Town of Ramapo Police Department)

RAMAPO, NY (SBG) — A driver in New York learned the hard way that there can be consequences when not yielding to a school bus.

The driver was caught on camera passing a school bus that had its stop sign out and its lights flashing. A police officer who was keeping an eye on school bus stops was sitting behind the school bus and caught the driver.

"These days, there aren’t as many school buses on the road. However, RPD is still out each day following buses and paying special attention to school bus stops. The driver in this video found that out the hard way," the Town of Ramapo Police Department posted on their Facebook page.

The department says, luckily the children had already safely entered the school bus before the driver illegally passed it.