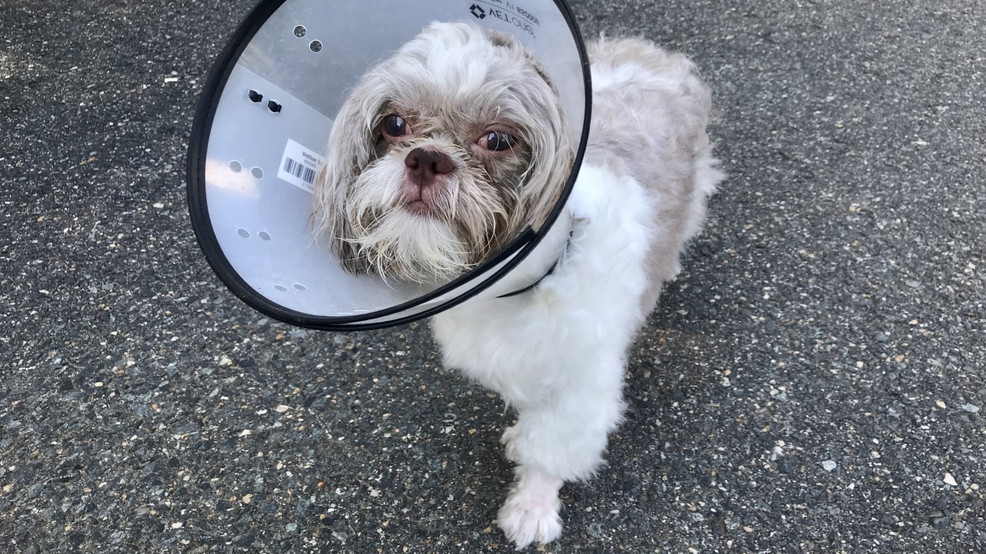 It was the chase that captured our undivided attention for seven stunning minutes last Friday.

“At first I was proud of him. Oh, he runs really fast. That’s cool," recalls Liyah Young, Astro's owner.

Our initial amazement at Astro’s drag strip speed quickly turned to gasps of horror when the Shih-Tzu Poodle mix turned into traffic. Ultimately though, our fears turned to cheers when Montgomery County firefighters rescued him.

“And I didn’t realize how much he went through that day," says Young.

His owner, Liyah Young, says there’s so much more to Astro’s remarkable story of survival. Young was involved in a multi-car crash that afternoon.

“My car hit another car and then my air bag was out, " says Young.

First Responders put Astro in a fire department vehicle for his safety while Young went to the hospital. Her car sustained significant damage. She is nursing injuries to her wrist and neck. But fire officials say later that afternoon someone inadvertently opened the vehicle’s door and off when Astro.

Young says, “Most of his life we have been together so for us to be apart he was probably panicking, like oh my goodness. Where is she?”

Young didn’t see the video until hours later. Some images horrifying, others hilarious.

“My mom pointed out that it was funny how they had to get in their cars just to chase him. Wow, that means he was running really, really fast. That was very nice of them to bring my dog back," says Young.

As it turns out, Astro sustained painful injuries that day. The hot pavement burned his paw pads and both eyes were scratched: injuries he’s still healing from. Young is grateful her best friend is back in her arms.

“I would have been no good if I’d lost my dog," adds Young.

Young got Astro when he was 3 months old. They’ve been inseparable ever since. His companionship getting her through tough times this last year and half.

Liyah Young believes Astro wasn’t running away from firefighters last week but running to find her. Maybe that’s how he was able to go so fast.

“Yeah I told him he was crazy for doing that but I’m happy that he’s ok and still here to spend more time together," concludes Young.

Young set up a gofundme page here to help with Astro's vet bills.