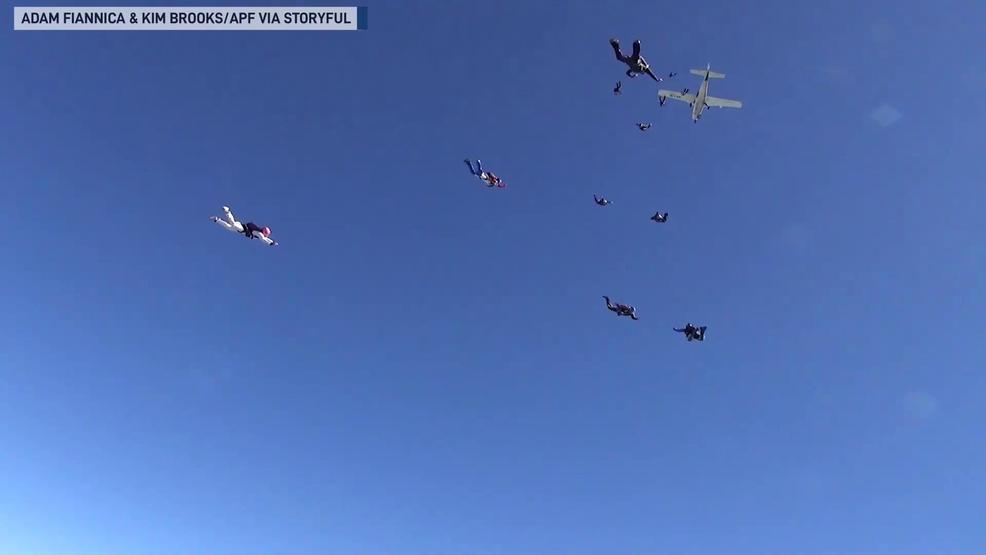 JURIEN BAY, Australia (STORYFUL) - A group of skydivers at Skydive Jurien Bay, Western Australia, pulled off an epic formation stunt during a jump on Nov. 4.

Fifteen women launched themselves from a plane over Jurien Bay and executed a state record all-female, two-point, fifteen-way, sequential skydive. As seen in this footage, the skydivers pull off two different formations while plummeting through the air.

Shirley Cowcher, who organized the stunt, said the team set the record for the most amount of female skydivers to pull off a multi-point formation jump in Western Australia.

“New rules allowing multi-point formations only came in a few years ago and women’s events are very rare because we only make up 14 percent of the skydiving population. I wanted to organize the first women’s multi-point West Australian record of about 8 or 9 women but the interest and the skill level was better than expected. To do a national record, we needed at least 12 women. So we went straight to 15 and nailed it on the third try. The feeling was euphoric and it makes me proud to think what women skydivers can achieve in Australia,” she told Storyful.