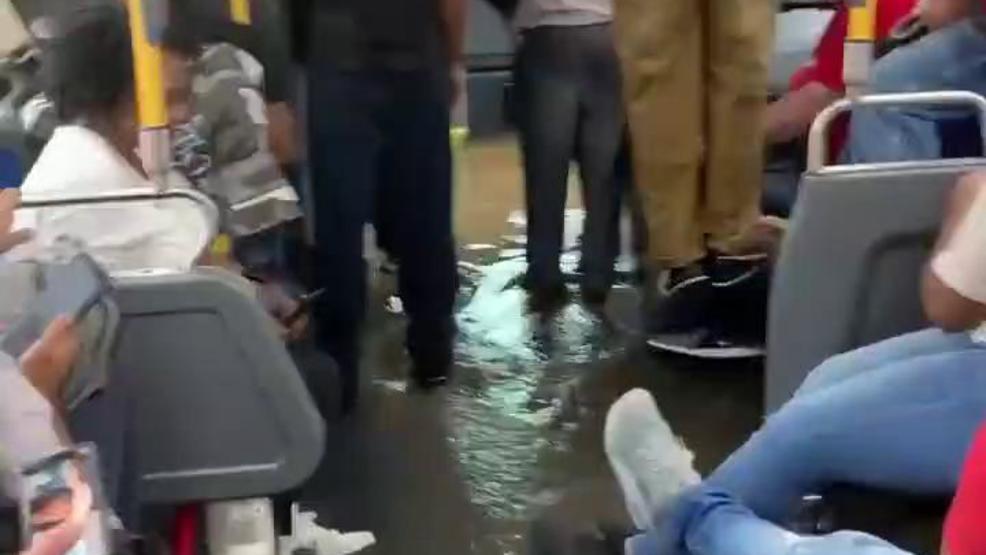 STATEN ISLAND, N.Y. (STORYFUL)- Passengers were forced to stand on seats as a bus flooded during thunderstorms in New York on July 31.

This footage was shared by Lacy Shelby, who said she filmed it on the S40 bus in Richmond Terrace, Staten Island, at around 4:20 p.m. on Wednesday.