Florida man caught on camera pulling out gun at a supermarket 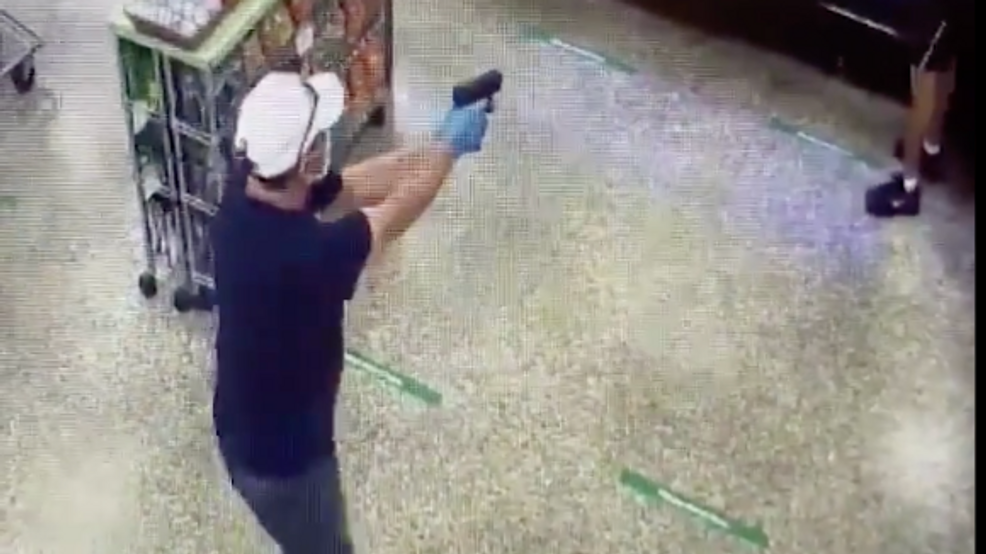 Florida man pulls out gun at a supermarket (@OrlandoPolice/Twitter)

WASHINGTON (SBG) — Police in Orlando, Florida are looking for a man caught on camera with a firearm at a supermarket.

According to police, the man was shopping for flowers, balloons, & steaks on the day before Mother's Day at the Publix supermarket.

The man, who was wearing a blue FILA shirt along with a cap, could be seen on video engaging in a dispute with an unidentified individual before pointing what appears to be a handgun at the person.

Eventually, the man walks away from the situation. It is unknown what started the confrontation but police are looking into whether aggravated assault occurred.

Orlando police are asking anyone who has information or tips to call them at 800-423-TIPS.