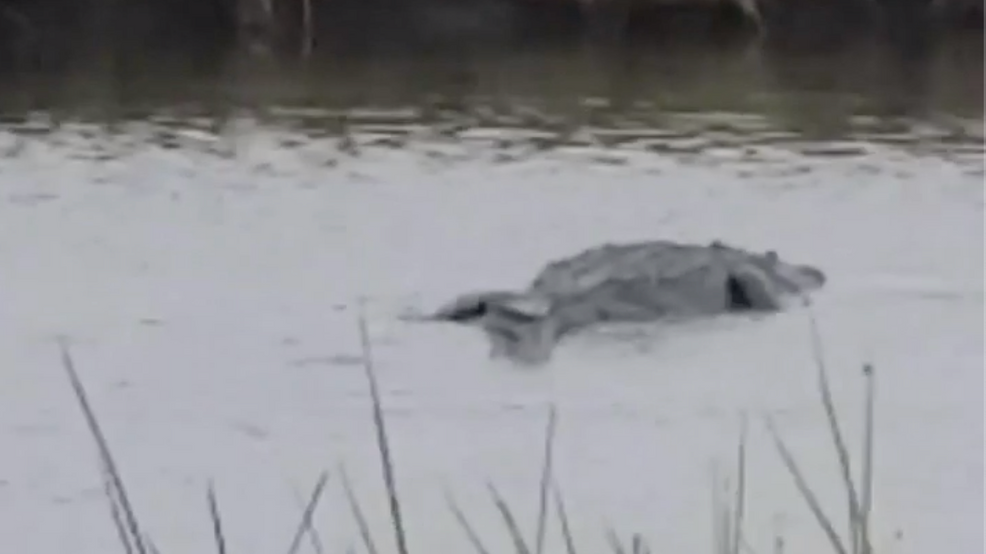 WASHINGTON (SBG) — Imagine taking a stroll outside when you suddenly see an alligator.

What's the first thing you would do? Louisiana resident Raymond J. Fischer Jr. took out his phone and recorded the encounter.

Luckily, Fischer Jr. was nowhere near the large animal but it didn't stop him from being shocked at the sighting.

Fischer Jr. told friends in a Facebook group that the alligator was "as big as he seems."

The alligator was spotted on Lake Road in Lacombe, Louisiana.

Only In Your State cites Lake Road as the road that will give you the best views in the state.