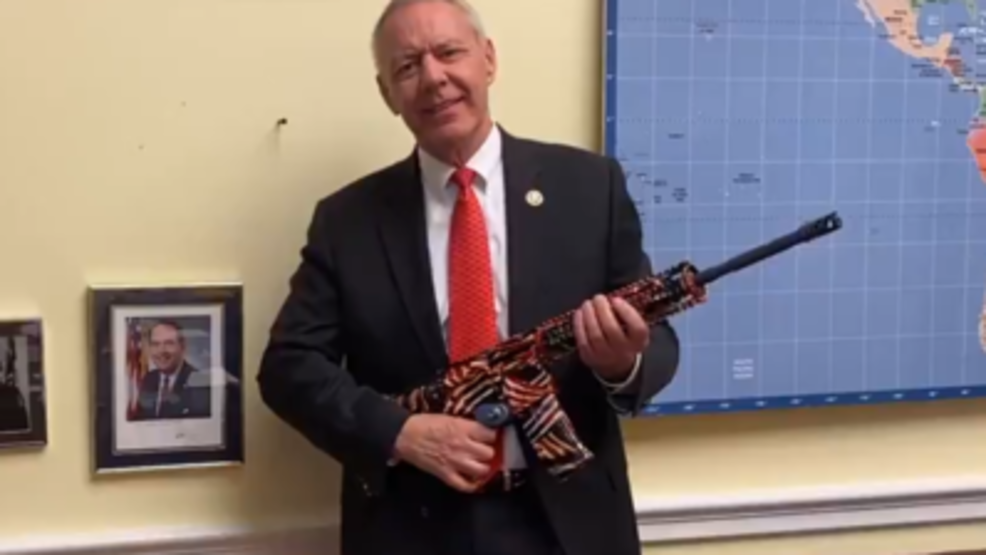 Congressman Ken Buck, a Republican who represents Colorado’s 4th district, tweeted a video on March 6 in which he goads Joe Biden and Beto O’Rourke to “come and take” an AR-15 displayed in his Washington, DC, office.

Standing next to the rifle, which hangs on his office wall and is painted with the colors of the US flag, Buck says: “I have a message for Joe Biden and Beto O’Rourke. If you want to take everyone’s AR-15 in America, why don’t you swing by my office in Washington, DC, and start with this one.”

Buck then removes the weapon from the wall and holds it, before saying, “Come and take it.”

Buck’s video comes after Democratic candidate for president Joe Biden appeared on a Dallas stage with Texas politician O’Rourke, who has aggressively pushed for mandatory buybacks of assault-style weapons. “We need you badly,” Biden told O’Rourke at the rally.

When O’Rourke, who suspended his presidential campaign in November, was asked during a September debate if he was proposing taking away people’s guns, he replied: “Hell, yes, we’re going to take your AR-15, your AK-47.”