I-Team: What to do if you receive money from unemployment fraud 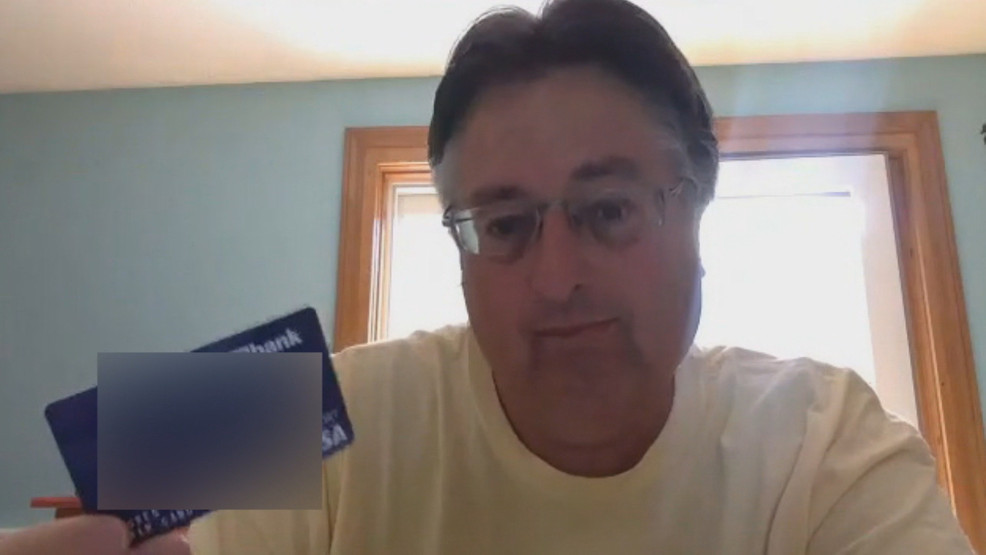 Greg Goan holding the debit card he received after someone filed for unemployment in his name (WGME).

PORTLAND (WGME) -- The CBS 13 I-Team is getting answers for victims of unemployment fraud after our virtual "Tell the I-Team" event this week.

A Westbrook teacher says he’s been trying to return money to the state, but can’t get a hold of the Maine Department of Labor.

"I’d like to know what to do with all my newfound wealth," Greg Goan said.

Goan met with the I-Team over Zoom on Wednesday to talk money, in particular funds he received after someone filed for unemployment in his name.

"As an educator, I’m paid all the way through," Goan said. "I never signed up for benefits."

He said he got the notification in March, just one week after schools shut down. Soon after, a debit card arrived.

He also doesn’t know how to return it.

"I've attempted to contact the Department of Labor probably no less than 250 times," Goan said.

The I-Team contacted the Department of Labor first thing on Thursday morning.

Jessica Picard, the department's spokesperson, said the most important step for victims is to report the fraud online, and then destroy the card.

If the money was deposited into a bank account, call the bank to let them know.

There’s no need to call the department, Picard said, as long as it’s reported online so the claim can be canceled.

Goan is still concerned about being taxed on that money.

"Fingers crossed that we don't get any funny tax forms in January," Goan said.

Picard says, "MDOL sends out a 1099 for tax purposes to legitimate claimants. We will not be sending out a 1099 to victims of ID theft."