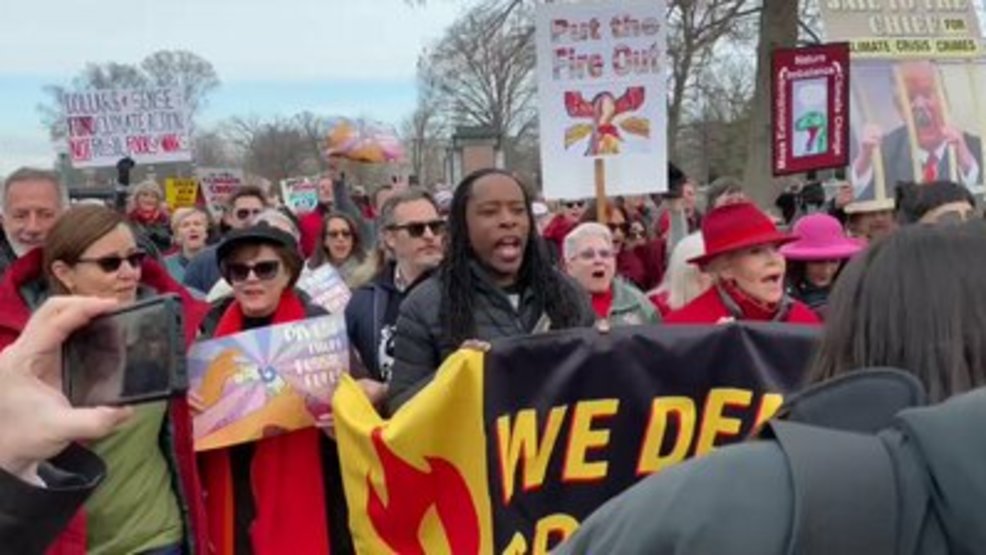 Joaquin Phoenix, Jane Fonda, Susan Sarandon, and a crowd of demonstrators marched in Washington on Friday in a protest demanding that financial institutions be accountable for their role in financing the fossil-fuel industry.

The Fire Drill Fridays protests were modeled after the Fridays for Future climate protests started over a year ago by Greta Thunberg.

In a video shared by Bev Banks, a journalist, the celebrities can be seen marching near Capitol Hill holding a banner saying “We Demand a Green New Deal.” Banks reported that Phoenix also urged everyone at the protest to join him in changing their eating habits.

Martin Sheen and Maggie Gyllenhaal were also reportedly among the celebrities present at the protest.