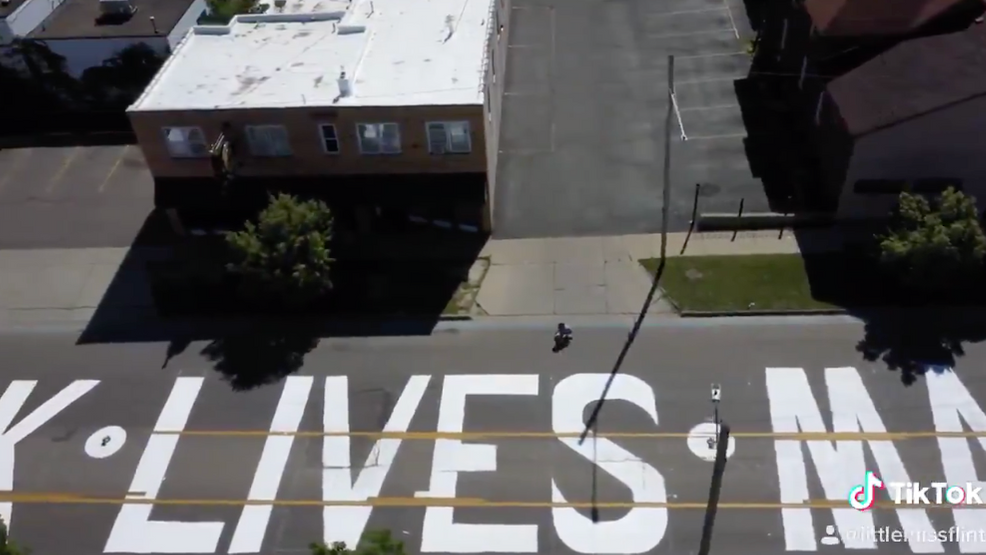 Similar murals have also been painted in cities across the United States such as Washington, Austin, Texas, Charlotte, North Carolina among others.

Social media star Little Miss Flint posted a video of herself skateboarding in front of the new mural and posted it on TikTok and Twitter. The video already has over 100,000 views on Twitter.

Little Miss Flint, also known as Mari Copeny, says on her social media page the mural was created with backing from nonprofits as well as a local artist.

Copeny is 12 years old and went viral after writing a letter to President Barack Obama asking him to visit Flint as the city was facing a water crisis, according to Elle Magazine. She also raised money online to help provide clean water for her hometown.

Recently in an Instagram post, Copeny said she was able to raise over $200,000 to help bring clean water to her community.