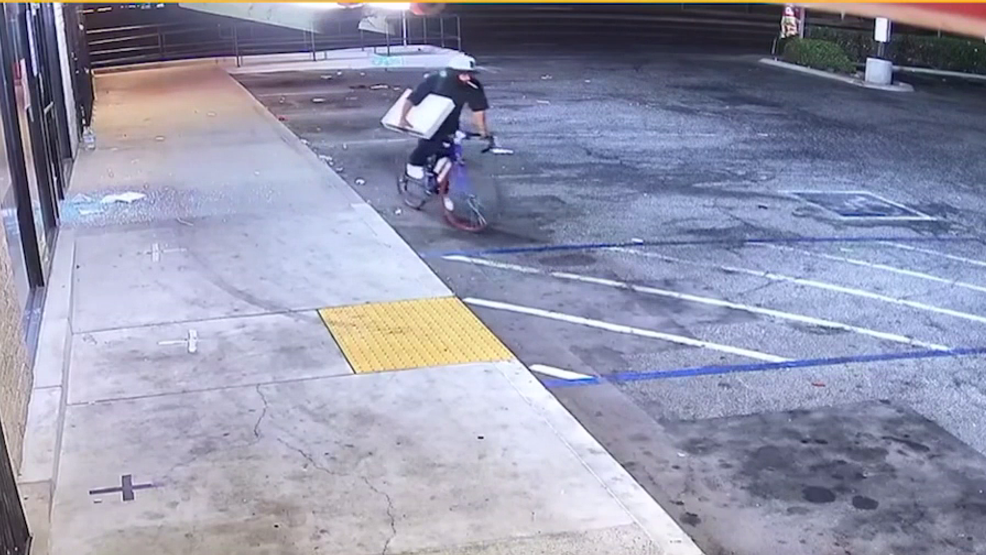 The owner of a Fresno taco shop says someone broke in overnight and took the cash drawer.

Surveillance video shows the guy rides up on a bicycle and smashes the glass out of the front door.

He rides off and returns about 5-minutes later and climes inside.

Once inside he grabs the cash drawer and rides off on his bike.

She says another guy saw the glass broken about 30 minutes later and also came in.

He tried to get into the safe but was not able to, so steals some sodas and leaves.

She says it's a big blow since the business is struggling to survive through the coronavirus outbreak.

She says this is the second time her store has been broken into since April.