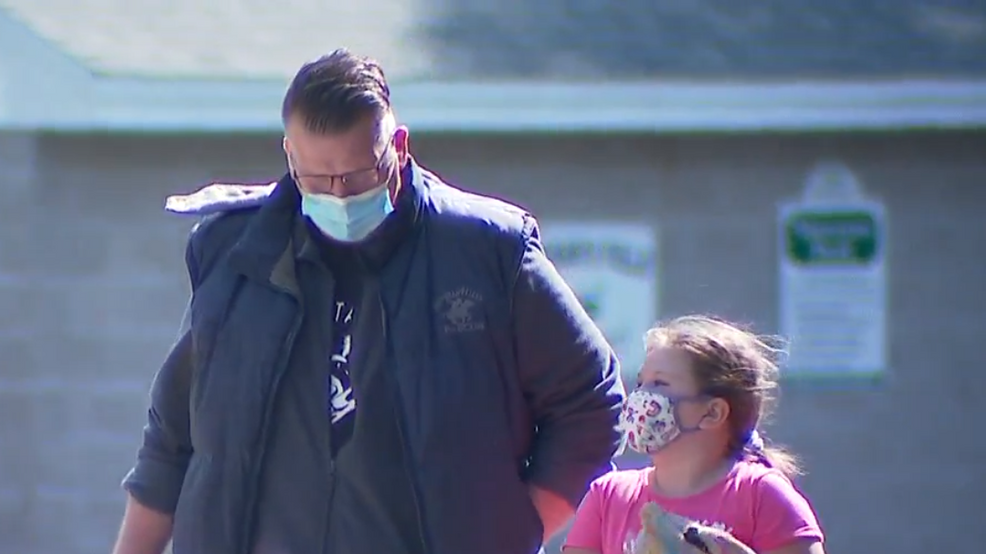 A Sanford man says his family was diagnosed with COVID-19 shortly after his daughter attended Bible school at the Calvary Baptist Church. (WGME)

SANFORD (WGME) -- A Sanford man says his family was diagnosed with COVID-19 shortly after his daughter attended Bible school at the Calvary Baptist Church.

"Just right from the beginning, it's been like pure hell," Vance said.

Vance said his test results came back positive on August 24. Shortly after that, he said, his wife and daughter got it, too.

He says 8-year-old Elly is asymptomatic, but his wife is still struggling.

"She's been in the hospital, in and out of the ICU," Vance said.

Vance believes his family contracted the virus from Vacation Bible School that Elly attended with friends at Sanford’s Calvary Baptist Church. Up until then, he said, they had been isolating.

"We went in wearing masks and we were told everybody knew everybody, so there wasn't any problem," Vance said.

The church is at the center of an outbreak investigation linked to 10 cases.

According to the CDC, Bible school began just a few days after Pastor Todd Bell officiated a wedding in Millinocket that lead to Maine’s largest coronavirus outbreak, including eight deaths.

On Thursday, Dr. Nirav Shah said the CDC is still investigating whether the wedding and church outbreaks are connected.

"It is strongly suspected. It is our leading hypothesis," Shah said. "But there are a number of criteria that we want to satisfy as a scientific matter before we definitively link two sets of outbreaks."

Videos posted on the church’s YouTube channel show Bell holding in-person sermons with a choir singing, but no masks.

He responded over Facebook, questioning the timing of the outbreak and denying any responsibility.

"If people really believe that I'm so vile they will just have to think that. We would never put people in danger purposely," Bell wrote.

"I was a little naïve at the time, I guess," Vance said.

"I think it's pretty reckless," Vance said. "To think back and see the whole history of it, it just seems very reckless and negligent."

He said his family is among those paying the price.

"It's totally devastated us and turned our world upside down for sure," Vance said.