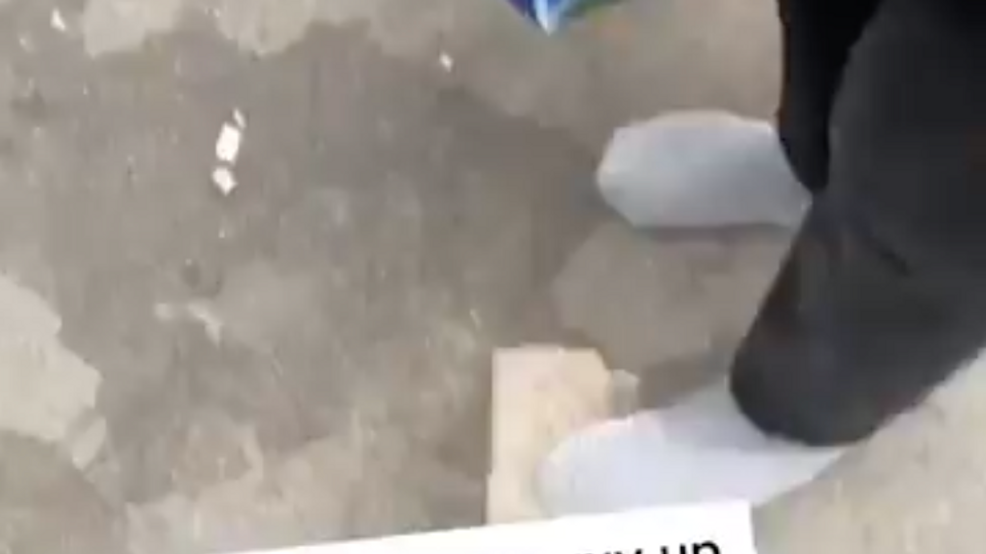 Shoe donation in the middle of the street (@ucse20/Instagram)

WASHINGTON (SBG) -- A social media user is going viral on various platforms, after being seen on video donating his shoes.

Shane Epps says he was on 8th Avenue & West 41st Street in New York City when he spotted an individual with no shoes.

In a video posted by Epps, he asks the man what shoe size he wears. Epps then tells the man, who is only wearing socks, to take the shoes he is currently wearing.

The social media user also tells the man, whose face can't be seen in the video, that he has other shoes in his book bag that he can wear.

The man can be heard shocked while saying thank you and wishing he "had money."

Epps' video has been viewed thousands of times on Bleacher Report's Twitter account as well as ESPN's TikTok page.