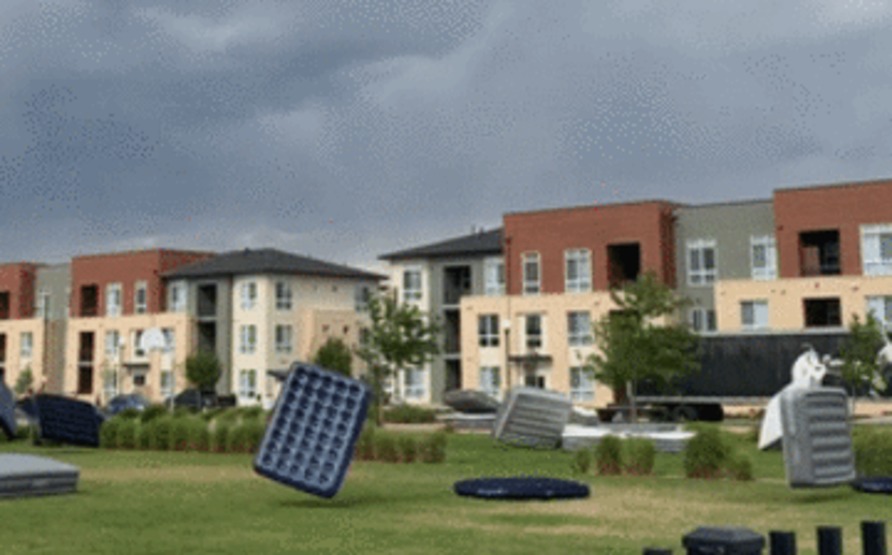 A bed-themed movie night at Runway 35 Park in Denver, Colorado, proved to be a challenge for organizers when wind gusts blew viewers’ air mattresses away.

Footage by Robb Manes, who was at a nearby public pool when the beds took flight, shows a large number of mattresses tumbling through the park.

According to local media, some lifeguards and spectators tried to push the mattresses to the ground, but not all of them could be saved.

By 8 pm, the weather had calmed, local media reported, and the screening of “Anchorman,” staged by the itinerant Bed Cinema, went on as planned.