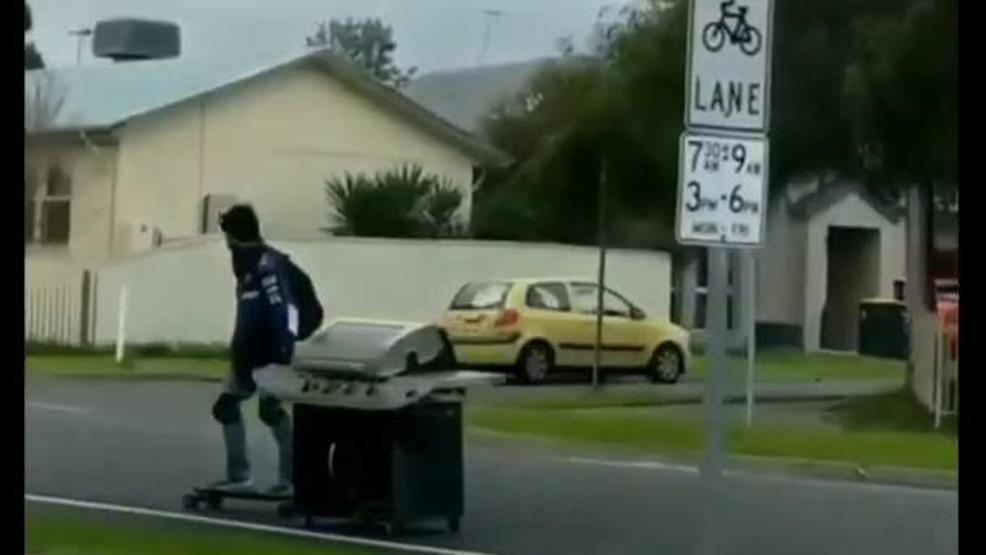 ADELAIDE, Australia (STORYFUL) - A skateboarder rode down a street towing a barbecue in what was a “medium-rare” sight in Adelaide, South Australia, on Friday, September 7.

Aleisha Jorgensen captured this footage of a man cruising through the suburb of Klemzig hauling a barbecue behind him.

The video, which was also shared to a community Instagram page, captured the amazement of locals.

“Can’t believe I spent an hour dismantling the bbq and fitting it in my car when I could’ve just called this guy,” one commenter said on the post.

Others said the move was a pure act of “INNOVATION” and suggested the man establish his own “BBQ-Uber”.