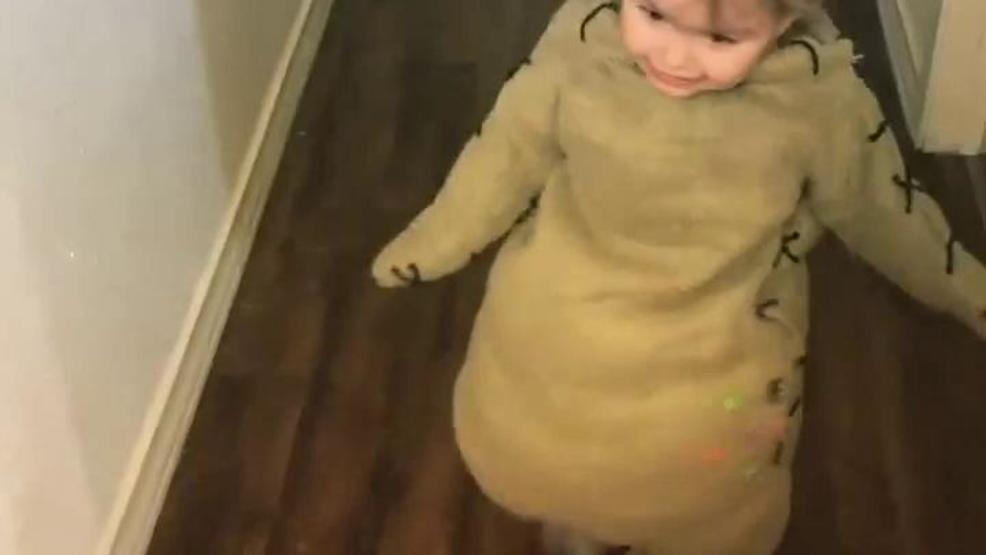 FORT HOOD, Texas (STORYFUL) - A mom in Fort Hood, Texas, outfitted her son in a homemade Oogie Boogie costume on September 13 to prep for Halloween and pay homage to the Tim Burton movie The Nightmare Before Christmas.

Video show Madelena Weeks’s son Benjamin dressed up as a miniature Oogie Boogie. The movie’s main antagonist, Oogie Boogie, is a burlap boogeyman filled with insects, spiders, and a snake.

Weeks told Storyful she’s a “big fan” of The Nightmare Before Christmas and decided to introduce it to her nearly two-year-old son recently.

Weeks said Benjamin was “really mesmerized” by the movie musical, so she wanted to dress him up as Oogie Boogie for Halloween. Weeks said she wasn’t satisfied with the costumes she found online, so she made her own.

She said she was bringing Benjamin to New Mexico for Halloween, so she customized the outfit by lining it with fleece in anticipation of cold weather.

Weeks said she planned to dress up as one of Oogie Boogie’s henchmen and turn her pug into Zero, Jack Skellington’s ghost dog in the flick.