National Geographic's new cover story will have you reimagining dinosaurs 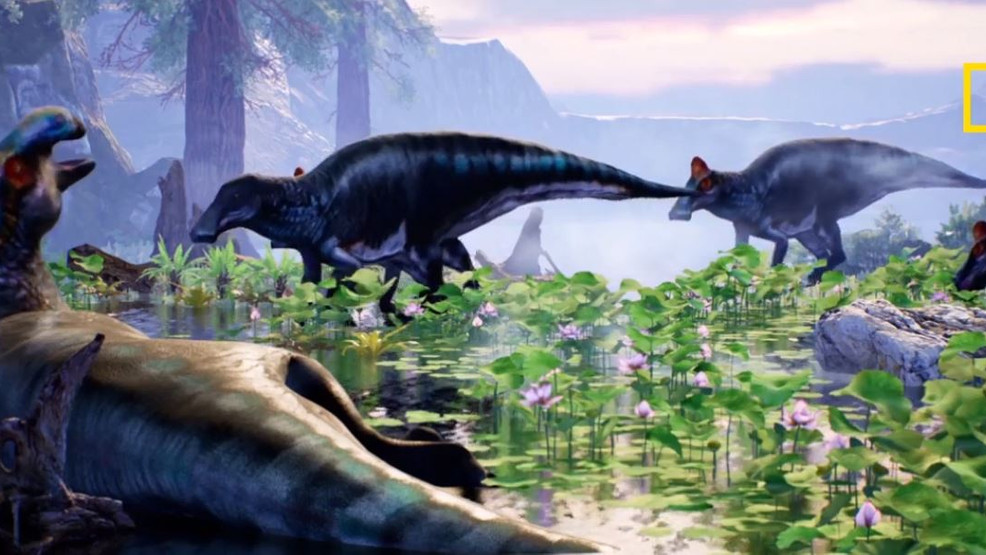 National Geographic is coming out with an exciting cover story that may change the way you look at dinosaurs!

ABC7's Alison Starling talked to the author about all of the new discoveries, and why they are re-imagining dinosaurs for all ages.

Thanks to National Geographic and their October cover story called 're-imagining dinosaurs,' new discoveries are brought to life.

Greshko says “what we're doing for the first time in nearly two decades is taking this sort of sweeping look at the new science of dinosaurs. The science has grown so dramatically, we've probably learned more about these animals in the last 20-30 years than we have in the previous 200.”

Like a focus on the chemistry of the fossils, allowing us to know now that dinosaurs weren't always just solid, dark colors.

“In some cases, we can infer the color of fossilized dinosaur feathers and actually say something that maybe this dinosaur had rainbow sparkly plumage," he added.

Or take the Spinosaurus. Greshko went on an expedition in Morocco as researchers learned blockbuster information about the massive predator.

“This is an animal that spent a fair amount of time in the water, which is really unusual for dinosaurs since most of them were land animals," he said. "Dinosaurs are still with us today. There are more than 10-thousand species of dinosaurs alive. with us right now, we call them birds. Birds are the only living lineage of dinosaurs.”

Greshko wants these discoveries to spark interest in new generations.

And Greshko says young virtual learners, who love dinosaurs, like Alison Starling’s daughter Ava, will have plenty to dig into.

"And when you find the bones you can learn from the bones," Ava said.

“Dinosaurs aren't just these big, charismatic animals that capture the imagination," he added. "For 150 million years, they were THE dominant land animals."

Consider this, over the last two decades there has been an average of 40 dinosaur finds per year. So now museums and researchers are racing to keep up with all the new information!

Watch the full interview between ABC7's Alison Starling and Michael Greshko below.