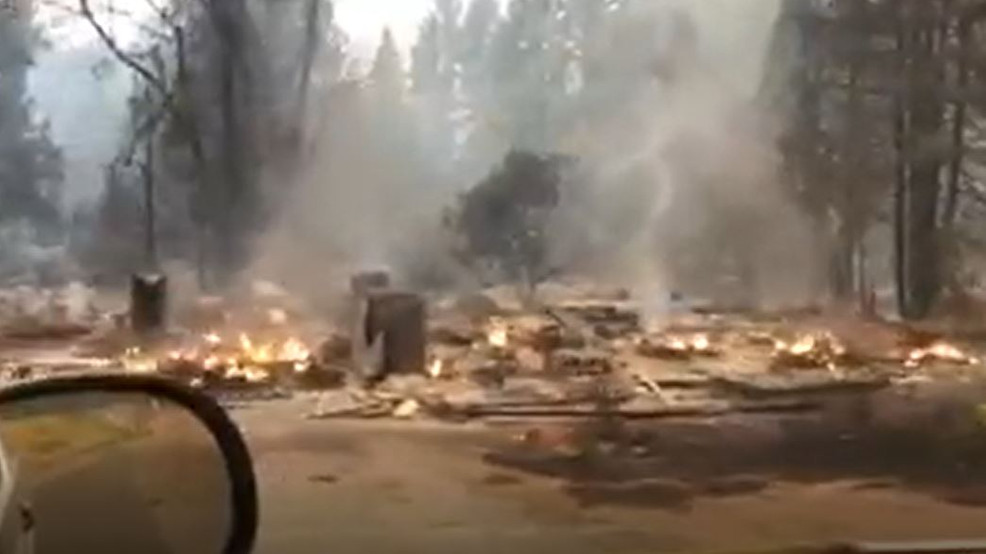 HAPPY CAMP, Calif.- New video shared with KRCR News Channel 7 shows destruction left behind after the Slater Fire tore through Happy Camp. The video, taken by Jason Rasmussen, shows multiple homes burned as he drives through the Indian Meadows neighborhood. Rasmussen, who lost his home, was able to make it out safely.

The Slater Fire has killed two people and destroyed an estimated 150 homes in the Happy Camp area, according to the U.S. Forest Service.

Fire crews are dealing with moderate fire activity in areas with heavy smoke but there have been flare-ups where the smoke has lifted.

A stretch of Highway 96 remains closed from Portuguese Creek to Clear Creek. On the north side of the fire, Highway 199 is closed between O’Brien and Gasquet.