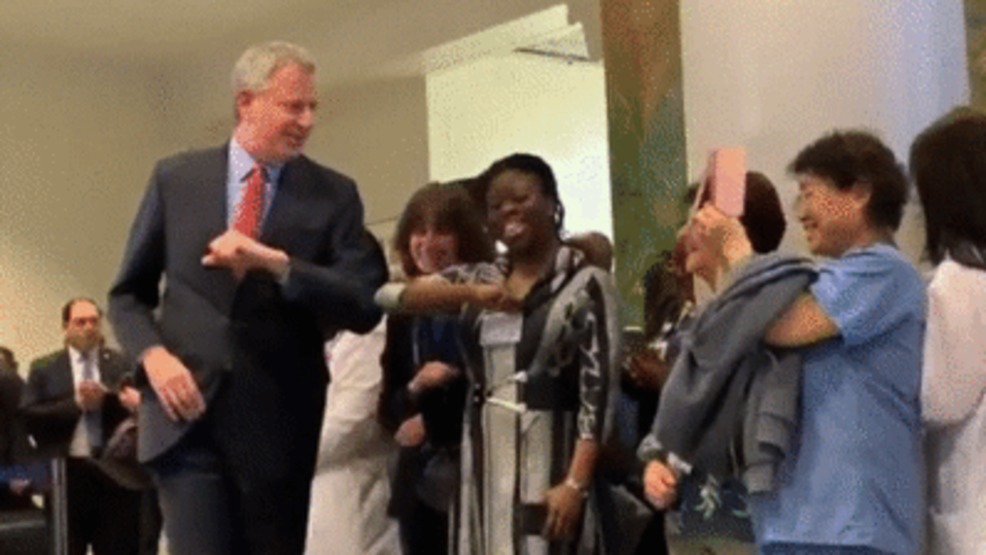 According to media reports, de Blasio said confirmed cases of COVID-19, also known as the novel coronavirus, were coming in “intensely.” He said there were a total of 36 confirmed cases in New York City including 11 new cases on the Tuesday.

He said 2,000 New York City residents were under voluntary quarantine and 30 were in mandatory quarantine.

This footage shows the mayor bumping elbows in lieu of providing handshakes to the group in attendance. Several high-profile individuals, from sports to politics, have opted for the greeting to avoid skin-on-skin contact.