Blue Angels and Thunderbirds fly over Atlanta among cities 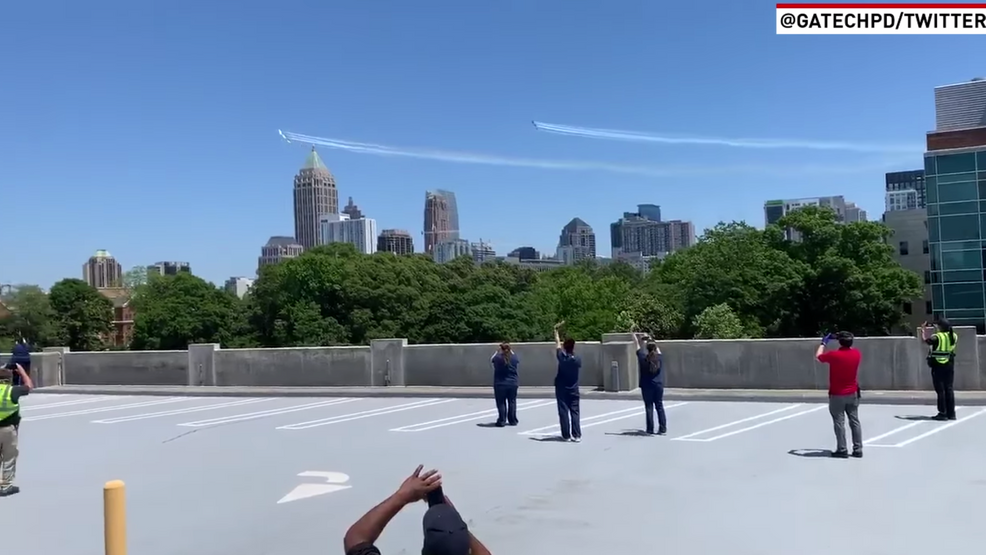 Blue Angels and Thunderbirds fly over Atlanta among cities (@GATechPD/Twitter)

WASHINGTON (SBG) — The Air Force's Thunderbirds alongside the Navy Blue Angels have been flying over the skies of various cities to pay tribute to first responders and health care workers battling coronavirus in their respective jurisdictions.

On Saturday, the groups each flew over downtown Atlanta.

A video posted by the Georgia Tech Police Department shows officers and personnel with the university's department alongside health care workers capturing the planes on their phones from an almost perfect vantage point.

The Thunderbirds and Blue Angels have been conducting flyovers since April and have been seen in cities such as Baltimore, D.C., New York City and Philadelphia.