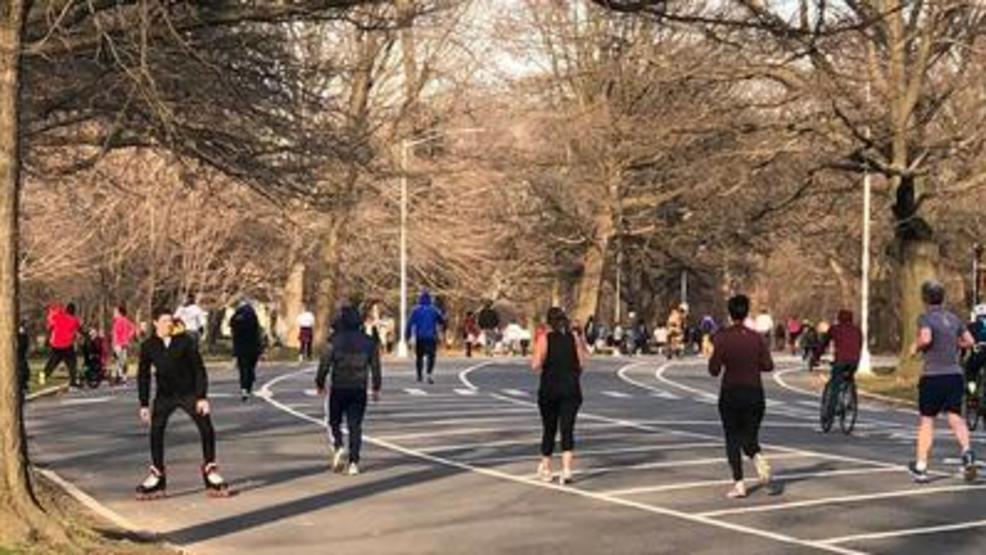 People gathered in Brooklyn’s Prospect Park to walk, run, and bike on the afternoon of Tuesday, March 24, despite stricter guidelines announced by New York Mayor Bill de Blasio on Sunday for people to limit their time outdoors, and to avoid groups.

Shortly before this footage was taken, Mayor de Blasio said he was considering closing parks and playgrounds to prevent people from gathering and spreading the novel coronavirus, but that the parks would stay open until Saturday at least.

As of Tuesday, New York City had 14,904 confirmed cases of the virus, and its spread was accelerating, with the new case count doubling every three days, Gov Andrew Cuomo said.