"Punch in the gut:" Ohio restaurants must maintain 6-feet distance, regardless of capacity 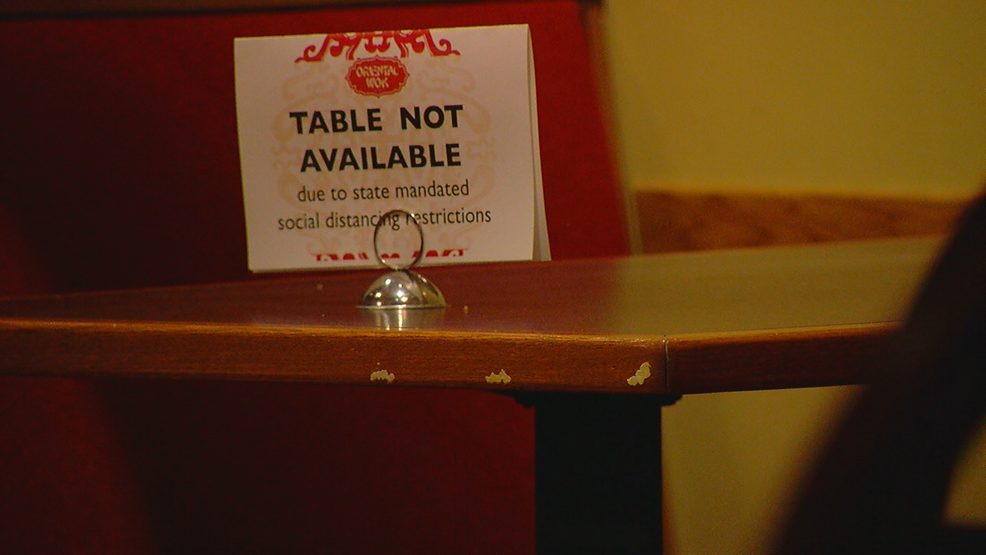 Ohio restaurant owners have been on quite the rollercoaster the past couple days. This comes after hearing late Wednesday they'd soon be able to run at full capacity, only to be told they misinterpreted the order. (WKRC)

CINCINNATI (WKRC) - Ohio restaurant owners have been on quite the roller coaster the past couple days. This comes after hearing late Wednesday they'd soon be able to run at full capacity, only to be told they misinterpreted the order.

He was one of many eager for restaurants to be given the green light to resume full capacity.

“The ability for us to now have 100% capacity is really night and day. I think it’ll be the difference between keeping doors open and doors closed,” Monks said.

The second paragraph of the order makes it possible for bars, restaurants, banquet and catering facilities to operate without a capacity limit.

“When the governor lifted the restrictions, it was kind of hopeful, I think,” Susanna Wong, owner of Oriental Wok, said. “I think it’s really important for the public to feel safe going out.”

“It was a punch in the gut, to be honest with you. I felt that we were finally moving forward in a productive, constructive manner. And to sort of have information be one thing one day and then to have it changed within the span of 12 hours is frustrating,” Monks said. "I’ve been here for 21 years and this is my livelihood....There are thousands of people like myself in the state of Ohio in the same situation. We have spent our blood, our sweat or tears building up something from scratch, and on a Friday lunch, you can look around and we’re about a 10th of what we would normally be, and I understand the need to keep people safe and our job is more than that, but it’s also to convince the public that restaurants are a safe place to go. We’ve been doing this for a long time. Sanitation is not new to us; it’s part of our modus operandi, and it’s something that we factor into every single decision that is made, so we really want to let people know that we are safe and we are open.”

A representative from DeWine’s office says the only change on the order is Section 3, which allows for self-service food stations to return.

Section 3 of the order reads: “All retail food establishments that are regulated by the Ohio Department of Agriculture are permitted to resume use of their self-service food stations in accordance with guidance from the Department of Health.”

That news brought a big letdown for owners like Monks.

“It’s very difficult for us to really turn a successful profit at 100% capacity,” Monks said. “When you’re at 50% capacity, it just makes it that much more difficult.”

“It’s pretty much the unthinkable. It’s a worldwide pandemic, but I’m just honored that people are still dining with us,” Wong said.

While times are tough, owners try to remain hopeful.

“We’re trying to do everything we can to try to keep our head afloat while also recognizing the true need to keep people safe, our crew safe and recognize this is a real virus with real consequences,” Monks said.

As for Ohio bars, last call is still at 10 p.m. It does not appear that curfew will be changed within the next few weeks.