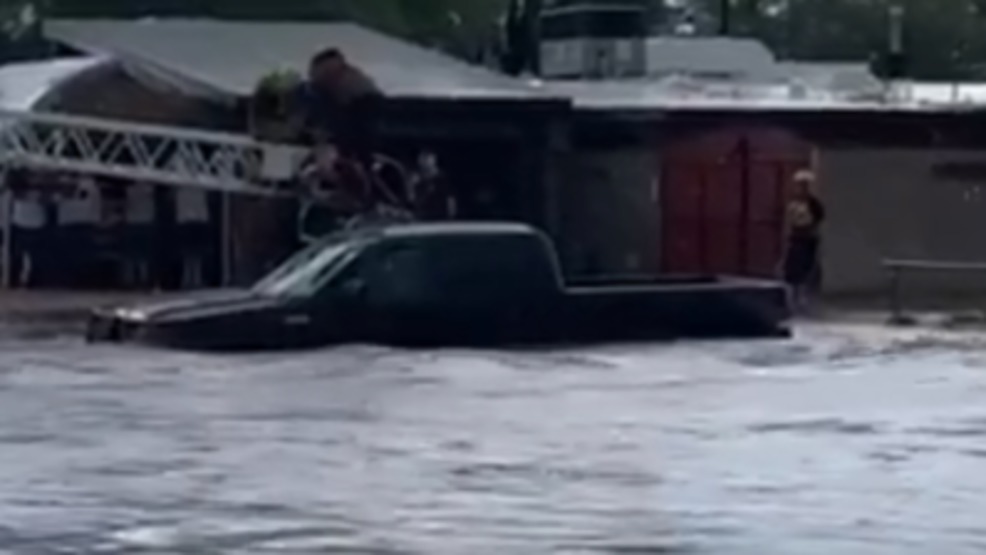 The fire department said it rescued multiple stranded drivers and people stuck in “swift” water, including an 11-year-old boy who slipped into the flooded Alamo Wash. Everyone was safely rescued, the department said.

The National Weather Service recorded more than two inches of rain in certain areas of east Tucson on Wednesday.

“Do not attempt to cross roadways with water running across them; there is no way to tell how deep the water is or if the road surface underneath is still there,” the fire department said on Facebook.