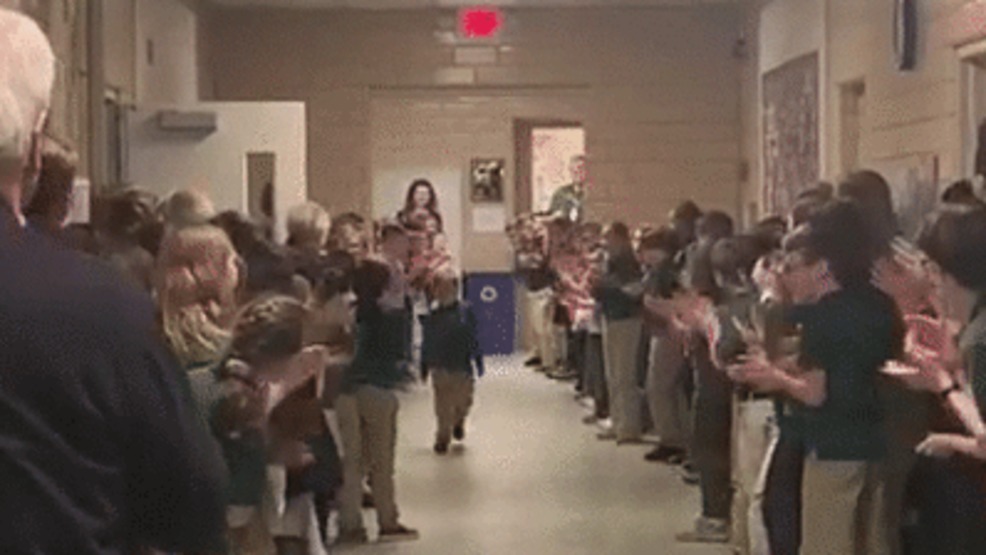 A six-year-old boy received a standing ovation when he returned to school in Newbury, Ohio, on January 8, a few weeks after finishing his final round of chemotherapy.

Megan Zippay shared this footage of her son, John Oliver Zippay, also known as J.O., being cheered on by his classmates at St Helen Catholic School on Wednesday.

Zippay told Storyful that J.O. had gone through three years of chemotherapy after he was diagnosed with acute lymphoblastic leukemia in November 2016.

Though the treatment prevented J.O. from participating in gym class and other physical activities, his school was supportive and he never fell behind in his studies.

Principal Patrick Gannon told local media outlet FOX 8 that “the class was just so happy to see him come back.”