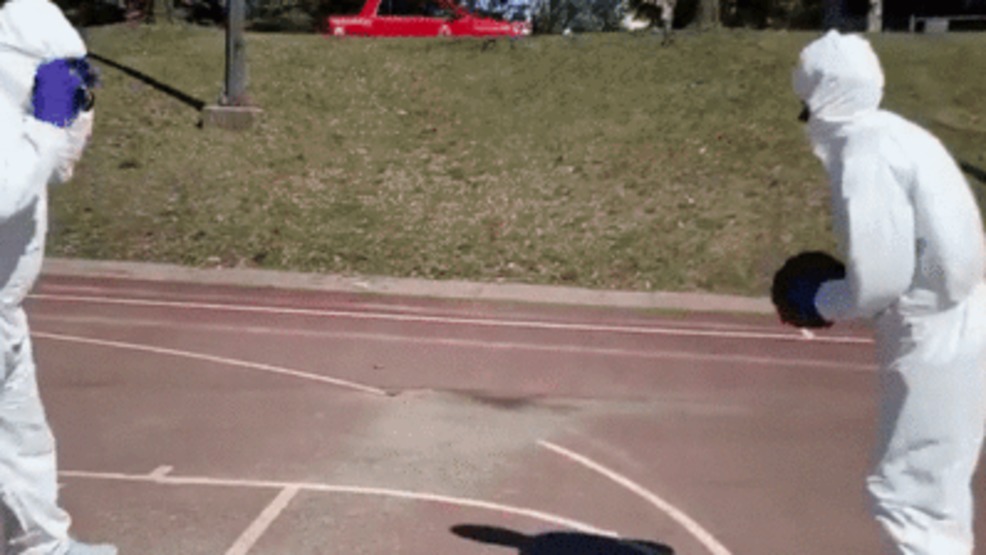 Teenagers in Poughkeepsie, New York, wore hazmat suits on March 21 as they played a neighborhood game of basketball amid the coronavirus lockdown.

William Mayo and donned suits and masks after their men’s basketball league, usually held on Saturday afternoons, was cancelled.

Speaking to Storyful, William said he and his friends play on different teams in the same league and saw it as a way of keeping competitive and active.

“So the idea started out just to be funny but we all actually had a good time. Along with the NBA and NCAA March Madness being cancelled we can’t watch our favorite sport at all,” he said.

As of Monday, the state of New York had reported more than 20,000 confirmed cases of COVID-19, including at least 82 in Duchess County, where Poughkeepsie is located, and 157 people had died from the virus.