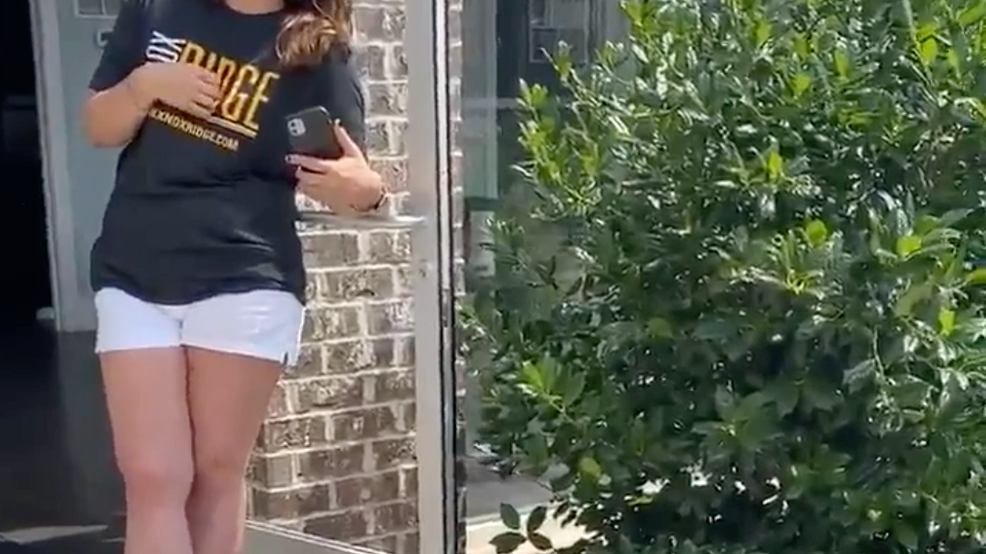 The woman, who refers to herself as @royaal_e on Twitter, recorded the incident and posted it on her social media page.

She says she and her friends were trying to enter an apartment swimming pool when an employee accused her of not living inside of the complex.

"This woman automatically assumed that we didn’t live there and stopped us before we could go inside. But she continued to let in other white residents," the Twitter user wrote in her post.

In the video, the woman says she is subleasing the apartment she is staying in at the moment. But the employee is seen in the video continuing to block the entry way while other residents are welcomed in.

At one point, the employee says "b***h you haven't come in and done your paperwork, right?"

Knox Ridge apartments has responded to the incident saying that the employee is on disciplinary leave.

Knox Ridge is aware of the incident that occurred [yesterday] involving a staff member and resident. We have placed the employee on disciplinary leave while we review this matter further. As a community, we have absolutely no tolerance for discrimination – inadvertent or otherwise. We intend to revisit our training program for all staff, in order to do our part to prevent situations like this happening in the future. Our top priority is ensuring our residents feel at home and welcome