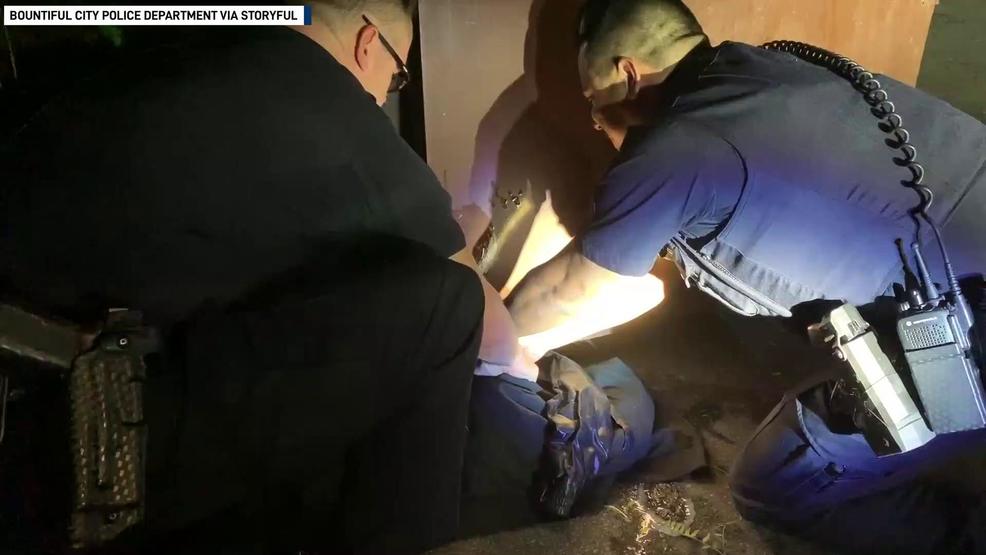 BOUNTIFUL CITY, Utah (STORYFUL)- Police in Bountiful City, Utah, helped rescue a cat that got its head trapped in a dumpster, video released on August 21 showed.

Officers were alerted to the trapped cat by a nearby Bomb Dilla food truck employee.

“A little teamwork and he got out and ran away! I named him Slick, since he was made slippery [to] help to get him out,” one officer said.