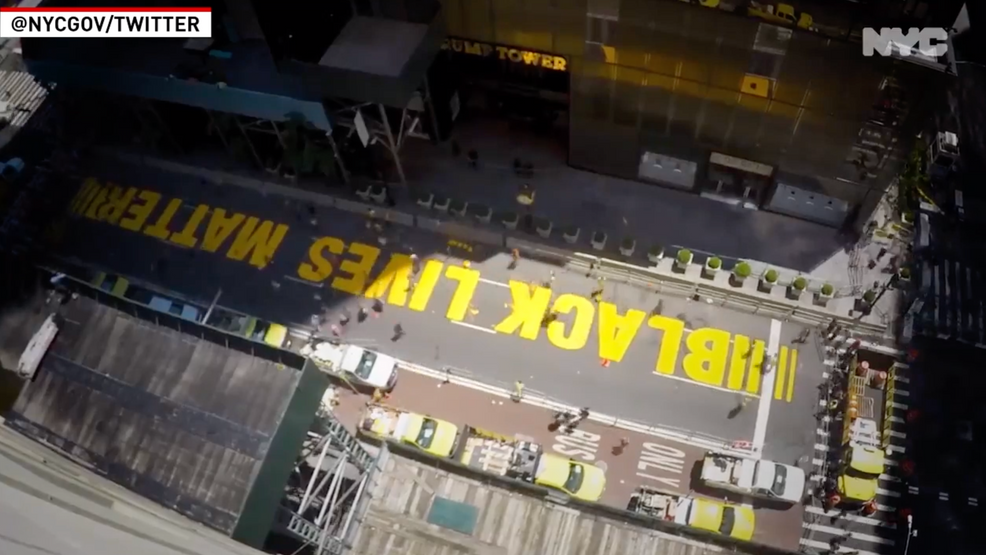 WASHINGTON (SBG) — A Black Lives Matter mural was painted in New York City on 5th Avenue in front of Trump Tower on Thursday.

The mayor, who also participated in painting the mural, said through a tweet from his office that Thursday's act sends a message to the world: Black lives matter.

In a separate tweet from his own account, de Blasio stated "5th Avenue has never looked better."

The location of the mural was purposefully chosen as a response to Trump.

“Let’s show Donald Trump what he does not understand. Let’s paint it right in front of his building for him,” de Blasio said according to the New York Times.

On Twitter, Trump referred to the new mural as a "symbol of hate" and criticized how money is being spent in the city.